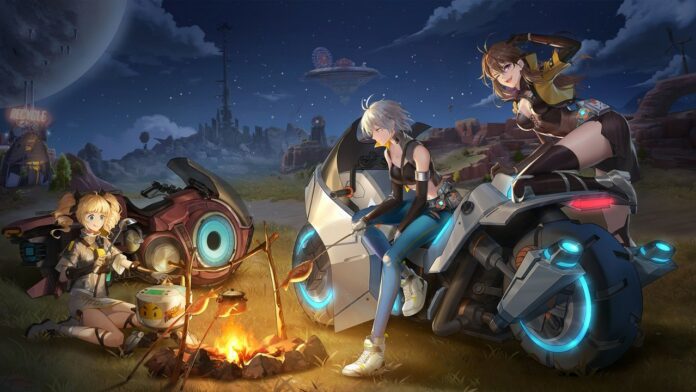 Tower of Fantasy is an exciting sci-fi-style action RPG available for mobile devices and PC. Players can create characters with unique looks, equip different weapons, upgrade skills, and more. Also, in the game, there is a Gacha through which you can get weapons and characters. And in this guide, we will tell you Meta Team Strategy in Tower of Fantasy.

In Tower of Fantasy, you have to explore a huge open world where you will encounter many different enemies. Moreover, the game has several PvP modes in which you can test the strength of your team. The team is formed from three characters that you can get through Gacha. As for the Meta, it is very difficult to single out one, since the PvP team will not be very effective in PvE. While a balanced Team will be effective in all modes, but still weaker than PvP or PvE teams.

At the time of the global release of Tower of Fantasy, there is one overall Meta Team. And we are talking about Baiyuekui, Marc, and Nemesis. Nemesis can inflict a 50% lightning damage buff, and with the DoT effect, heal you better than healers. Marc can provide strong shields and a 35% damage buff. Finally, Baiyuekui deals the highest damage in the game, especially with her dodge attack.

So with this Team, you will be untouchable, deal massive damage and heal yourself. And your Strategy is pretty simple, just dodge all enemy attacks while your skills are on cooldown. And then inflict huge damage to destroy the shields of enemies and defeat them.

This team is suitable for both PvP and PvE. However, since these are the best characters in the game, you will have to spend a lot of time rolling them. And only by spending real money, you can do it quickly.

That’s all you need to know about Meta Team Strategy. But don’t forget that the Meta can easily change after a few updates. And while you are here, take a look at our guide on how to Solve Earthphyte Puzzle.