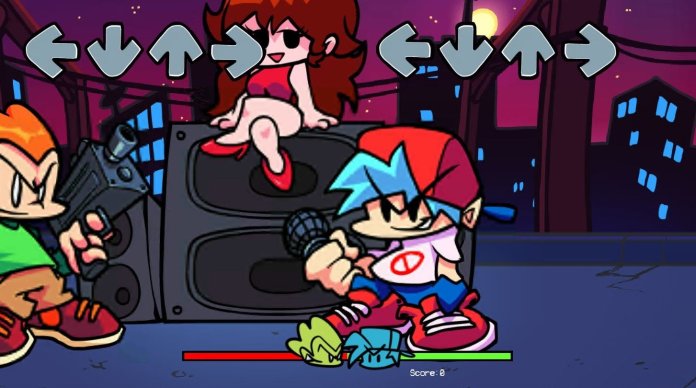 1) FNF vs Impostor Among Us V3 Mod

Among Us is one of the most well-known games, and this mod brings evil impostors to Friday Night Funkin’. In his journey to win Grilfriend’s heart and convince her father, Boyfriend will have to take on multiple characters. With this mod, players will take on evil impostors from Among Us in a rhythm battle.

This mod brings the characters from famous Sonic creepypastas to Friday Night Funkin’. Overall, players will get to fight creepy and uncanny Sonic characters in rhythm battles. It features many new songs, characters, UI changes, and more.

This FNF mod takes Boyfriend into different indie worlds inspired by Cuphead, Undertale and Bendy and the Ink Machine. All these three games are well known among indie fans. If you like these games, you will love the rhythm battles added by this mod.

Antipathy mod offers an entirely new story where players can play as Boyfriend and Girlfriend or GruntBoy and Gruntfriend. It has a dark tale featuring Hank J. Wimbleton and Tricky The Clown. Players can try this mod to unravel the story while playing arduous rhythm battles at higher levels.

If we missed any cool FNF mods, feel free to share them in the comments!