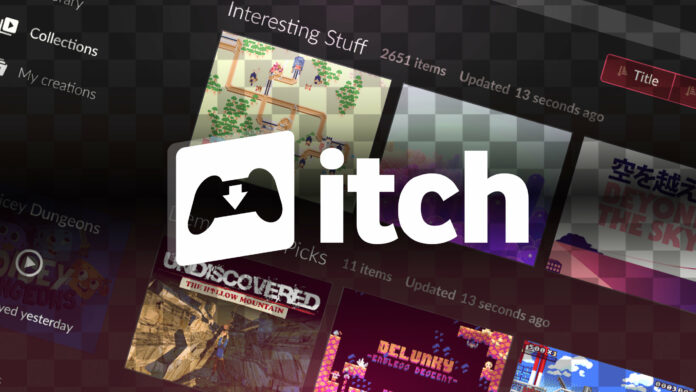 There are many different platforms on which players can purchase games. The most famous are Steam and Epic Games. On them, you can find games of any genre. But for indie titles, you can use the Itch.io market. It contains many various games by indie developers that you can download or buy. And in this guide, we will tell you about the best Itch.io games.

10. We Become What We Behold

On Itch.io you can even find small 5-minute titles. And We Become What We Behold is just one of them. You need to take photos of people to show them in the news. And each photo will affect all the people on the screen.

Play We What We Behold

This is one of the most famous visual novels. Players play as high school student who has decided to join a literature club. There are 4 girls in the club that you can start dating. But this game is far from being as sweet and kind as it might seem at first glance.

This is a visual novel made in the form of a chat. Players can interact with several characters on the fantasy web novel fan server. And depending on your choice, you will be able to go to one of the four routes.

This is a very interesting horror RPG. You must help Kat unravel the mystery associated with the Golden Letter. The game has a lot of puzzles you can solve in different ways. And as the developers say, “There is always another way.”

This is an incredibly cute indie game about a bird named Claire. You have to explore the park and interact with different people to get to the island’s peak. And even though this is a very short game, the players greatly appreciated it.

This is another one of the best visual novels you can find on Itch.io. The story is about four girls from a baseball club and their relationships. You can also make a choice, but it will not affect the ending.

This is an indie musical rhythm game that has become incredibly popular. The plot of the game revolves around a boy who participates in musical battles to win a girl. The game also has a huge number of mods from different franchises.

This is another fun short indie game from the creator of We Become What We Behold. Now you have to play the role of Anxiety. Your goal is to help people by warning them about dangerous things. Overall, the game is very fun and worth playing.

This is a cute survival RPG with characters from Hololive. You must fight off waves of enemies by finding various weapons and items. You can also upgrade weapons and combine them.

This is a visual novel that was created to improve the well-being of the players. You must create your character and live through the various stages of growing up. The ending will depend on what kind of character you created and what choices you made during your life.

These were the best Itch.io games. We recommend that you play each of them. And we hope that this guide was useful for you.