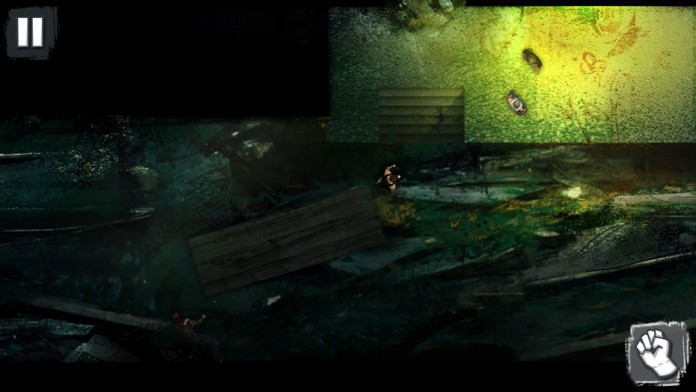 While it’s true that sometimes the best way to calm oneself is playing a non-violent game like the recent released cutesy hack and slash game Clash Of Puppets, there are times that a violent game is just what is needed to feel a lot better than before.

Developer Blazing Griffin is going to make all stressed gamers feel better with the upcoming All Points Bulletin Retribution, a top down shooter which will be released soon on the App Store.

The game features everything you might expect out of a top down shooter: enemies to kills, doors to open, locations to clear and more. Just like another famous shooter, Hotline Miami, you will have to be really careful during the game, as both enemies and controlled characters will die with a single shot. While this may be a problem for newcomers to the genre, this will allow for some fast paced action once players learn how to play the game properly.

The game is also going to sport a urban environment, as expected out of an APB game. The gangs of the town have taken control of it and it will be up to you to restore order by taking down all the bad guys. You will have the best tools at your disposal to complete the job like multiple firearms, swords and blunt objects.

APB Retribution will be released soon on the App Store. You can check out a gameplay trailer for the shooter game right below.