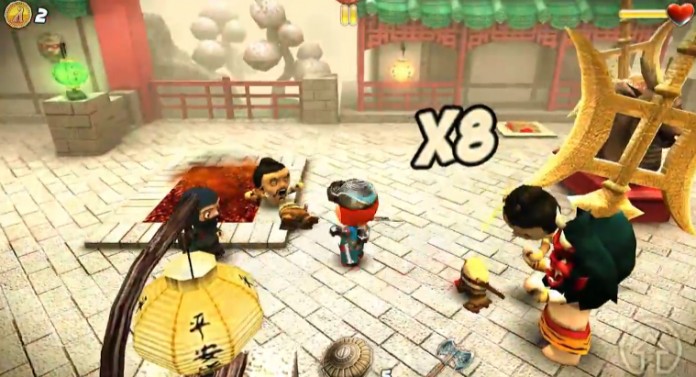 Modern hack and slash games are quite varied in their settings, ranging from modern to historical ones. Despite such variety, no one really tried to take away one of the staples of the genre to make a truly unique title.

Clash Of Puppets is a new hack and slash game that’s now available for purchase on the App Store. Differently from other games of the genre, Clash Of Puppets doesn’t feature any violence.

You will be taking control of Charlie, a simple man who finds himself in a nightmare land full of puppets. These puppets will not be gentle with him at all, trying to stop Charlie in his quest to get back to the real world.

Charlie himself will not be stopped easily, since he’ll have multiple weapons at his disposal to get read of his enemies and finally be able to return to the real world.

Included in the game are three themed worlds, plenty of enemies and even a survival mode which will put Charlie to the test against an infinite number of enemies. The game also has optimized touch controls as well as support for controllers.

Clash Of Puppets is now available for download on the App Store. Want to know more about the nightmarish land of the game? Check out the following gameplay trailer and ready your weapons! These puppets mean business.