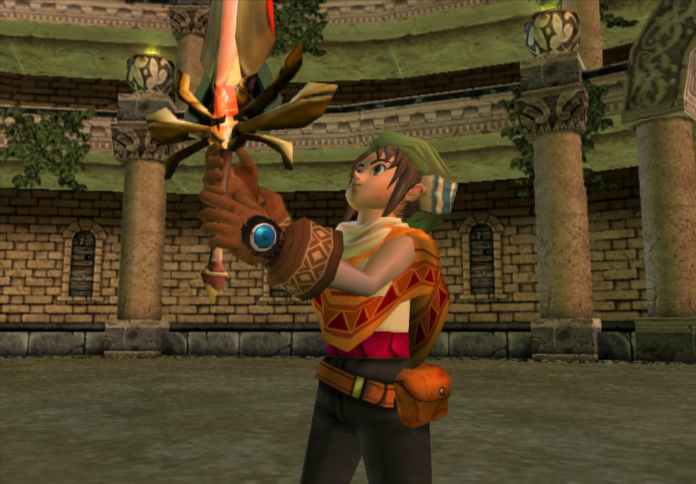 Dark Cloud is an RPG dungeon-crawler which tells the story of a band of adventures going against the Dark Genie, the destroyer of many towns and villages. There are six playable characters in Dark Cloud: Toan, Xiao, Goro, Ruby, Ungaga, and Osmond. Each character wields a unique type of weapon.

One of the notable aspects of Dark Cloud is its wide variety of weapons and how they work. Instead of levelling characters’ abilities, Dark Cloud allows players to upgrade and level up their weapons and improve their stats. In this guide, we take a look at the seven best weapons in Dark Cloud.

7 Best Weapons You Can Get in Dark Cloud

Without a doubt, Chronicle 2 is the best and greatest weapon in Dark Cloud. It is the best weapon for Toan, the main character of Dark Cloud. However, players can obtain this overpowered sword after reaching the endgame. Defeating the Genie unlocks a bonus dungeon called Demon Shaft, featuring 100 levels. Chronicle 2 is the reward for defeating the final boss of the 100th floor, Black Knight Pendragon.

Chronicle is an alternative to Chronicle 2 for Toan. It is the second-best weapon for our main character in Dark Cloud and features an extremely fast 5-hit combo. To build Chronicle, players will first have to obtain the Atlamillia Sword, which is built by upgrading any of these four weapons:

Secret Armlet is the best weapon you can get for Ruby in Dark Cloud. You can get it by building up Athena’s Armlet. It provides very high magical power and a decent attack for being an armlet. A ranged character like Ruby is pretty much needed for beating for clearing dungeons like The Queens Shipwreck and the Dark Heaven Castle. Players should try to get Ruby her ultimate weapon, the Secret Armlet.

Goro isn’t exactly the best character in Dark Cloud, but his skills are needed for defeating various enemies. Inferno, Goro’s ultimate weapon, is one of the most powerful weapons in Dark Cloud. No other axe or hammer comes close to Inferno’s attack. Players can build up Satan’s Ax to get Inferno.

Ungaga is the best character in Dark Cloud when it comes to ranged melee attacks. Babel’s Spear is the best polearm for Ungaga in the game. You can get it by building up Terra Sword. It is easy to obtain compared to most other weapons in this list.

Even though Dark Cloud has typical fantasy elements, you can play Osmond to use sci-fi guns and flamethrowers. Supernova is the best gun in Dark Cloud. This weapon is solid against all kinds of enemies. Players can get Supernova by building up Hexa Blaster.

Last but not least, Angel Gear is the best weapon for Xiao in Dark Cloud. Xiao is the first ranged character obtainable in the game. Most players enjoy her fast slingshot attacks. Players interested in playing Xiao are recommended to get her best weapon, Angel Gear.

Every character has multiple great weapon choices. Players will discover many interesting and fun-to-use weapons throughout their journey in Dark Cloud.