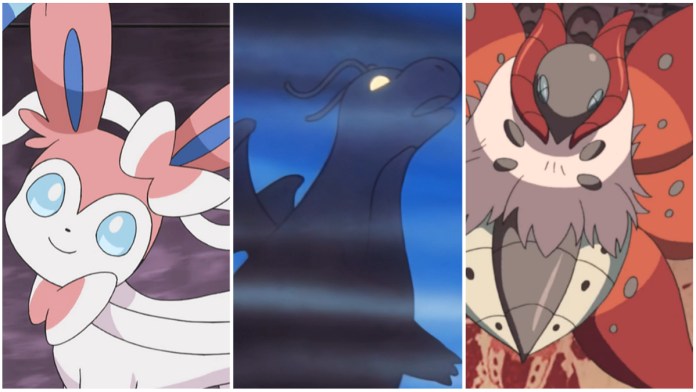 The Paldea region has so many different Pokemon that it can be overwhelming to decide which units you should have in your party. Once upon a time, the franchise’s storage system could only be accessed at Pokemon Centers. This made it difficult to raise anything other than the main 6 Pokemon in your party. Fortunately, that mechanic is now mobile, which makes training different kinds of Pokemon a breeze. Doing this is important now because the introduction of dual types has made elemental advantages more complicated over the years. Therefore, it is never a bad thing to have extra options when it comes to team members. These are the top 10 Pokemon to have on your team in Scarlet and Violet.

They may make your skin crawl but having at least one Bug Pokemon to rely on is essential. We debated whether Spidops or Venomoth was a better choice for this, but in the end chose the classic Venomoth. Venomoth has all the elemental advantages that Bug types do, but with the added bonus of being part Poison. This makes it strong against Fairy types as well as other Poison types, giving it powers that Spidops just can’t compete with. You can get one by training up a Venonat to level 31, where it’ll evolve into Venomoth. They are found in East Province Area One.

It was about time that the adorable Girafarig from Johto finally got some attention. Paldea introduced us to its evolution, Farigiraf. This Psychic and Normal dual type should be on your team for one specific reason. Usually, Psychic Pokemon take double damage from Ghost types while Normal types do not take any damage from them at all. Since Farigiraf is part Normal type, this makes it completely immune to Ghost type attacks. Ghost Pokemon have few weaknesses as it is, so this is a niche to definitely take advantage of. You can get one by capturing a Girafarig, which is found in West Province Area Three. They will evolve into Farigiraf after it is trained when it learns Twin Beam.

A Pokemon that can completely resist Electric type attacks is the perfect addition to any team. There is no better fit for this than Clodsire, who is the Paldean regional variant of Quagsire. This Poison and Ground type has a base HP of 130, which makes it very durable in battles. You can capture them fairly early on in the game, and it doesn’t take too long to level up. Thus, Clodsire is simple to train as a staple unit of your team. They are strong against certain special types like Bug and Fairy. Wooper evolves into Clodsire at level 20. You can find them in North Province Area One.

There is a Pokemon that can both act as a healer and an anti Dragon battler. This would be none other than Blissey, the final form of Chansey. Now as a pure Normal type, Blissey is not going to be the ultimate DPS winning championships. Instead, its power comes from its support based moves and its high HP. They can learn Fairy moves that weaken Dragon Pokemon and also withstand their hard hitting moves thank to that high health bar. Blissey can use moves like Heal Pulse, Healing Wish and Soft Boiled, making it able to keep itself and other alive in battles. To get Blissey, you have to evolve a Happiny into Chansey by leveling it up when it is holding an Oval Stone and then raise Chansey to a high friendship to evolve it into Blissey.

If you are looking for a Flying type who is fairly hardy, consider raising a Corviknight. This Steel and Flying type evolves from Rookidee at level 18, where it will become a Corvisquire before taking its final form at level 38. Corviknight is a strong battler that can use moves like Brave Bird, Flash Cannon, Steel Wing, and Air Slash. It has far more advantages than it does weaknesses, those two only being Fire and Electric. Corviknight can really holds its own against others such as Grass types, Dragon types and other Steel types. You can find Rookidee in East Province Area One.

You should have at least one Dragon Pokemon on your team and there is no better choice for this than the most famous Dragon of the franchise. Dragonite is an incredibly powerful battler, coming in with a base attack of 134. They do not take any damage from Ground attacks and take less damage from several common elements such as Grass, Fire and Water. This makes them easy to use for a lot of high difficulty battles. Dragonite takes a long time to evolve, but it is definitely worth it. Their first form, Dratini, is available at Casseroya Lake. Dratini will evolve into Dragonair at level 35 and then into Dragonite at level 55.

If you are looking for a Bug Pokemon that won’t take as much damage from fire, Volcarona is the solution. Raising them is a lot of work, but it is certainly worth it for any serious battler. Using the ability Flame Body, Volcarona can inflict enemies with a Burn status. They have a very high base special attack of 135 and a special defense of 105, which puts them on par with some pseudo legendaries. You can get one by catching a Larvesta in the Asado Desert. They will become Volcarona at level 59.

One of the strongest Fairy type Pokemon in the game also happens to be the easiest to get. You need a Fairy Pokemon to counter Dragon types, of which it takes no damage from. Sylveon has a base Special Defense of 130 and a Special Attack of 110, making it one of the best DPS units. Most of the other Fairy Pokemon just do not compare to it as far as stats go. All you have to do to get it is capture an Eevee and teach it a Fairy type move. Level it up with that move, raise its friendship and it will evolve into Sylveon.

Choosing Pokemon with unique type combinations is always guaranteed to help you succeed. A perfect example of this is Annihilape, the new evolution of Mankey and Primeape. Annihilape is a Ghost and Fighting type, meaning that it does not take any damage from other Fighting types. Fighting Pokemon normally are weak to other Fighting types, so becoming part Ghost has given it a priceless advantage. They also take less damage from Rock, Poison and Bug types. To evolve Primeape into Annihilape, you have to capture a Mankey and level it to 28. At level 35, it will learn Rage Fist. You need to have it use Rage Fist 20 times, level it and then it will evolve into Annihilape. You can find Mankey in South Province Area One.

Ice type Pokemon are fantastic for battling those such as Flying and Grass types. However, they have many severe weaknesses that basically make them glass cannons in battle. Therefore, you’ll need one that is sturdy enough to sometimes take those Fire type attacks. A tanky Ice type Pokemon in Scarlet and Violet is Cetitan. This ice whale has a base HP of 170, something that is even comparable to the stats of Glaceon. Cetitan with the ability Thick Fat will take less damage from Fire types as well. That ability alone makes it outperform others. You can get one by capturing a Cetoddle on Glaseado Mountain. Cetoddle will evolve into Cetitan when it is given an Ice Stone.

Whether you raise one or raise all of them, these Pokemon will be extremely helpful on your Pokemon journey. There are lots of them for you to discover in Pokemon Scarlet and Violet, so get exploring in Paldea today!