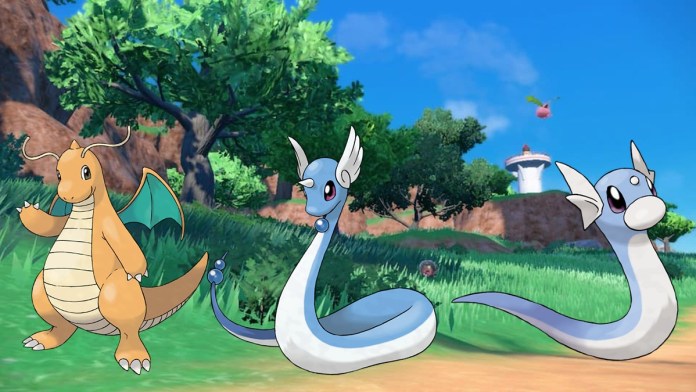 Did you ever wonder who the original Dragon Pokemon was? No, it isn’t Charizard. The role belongs to none other than Dragonite, the majestic Flying and Dragon pseudo-legendary. This unit first made its debut as the partner Pokemon of Lance, the Elite Four member from Pokemon Red and Blue.

Despite its age, it continues to stand on its own as a powerhouse, having very little competition with other Dragons that have come after it. Not to mention it can learn many different kinds of moves, which makes it easy to fit into many different team compositions. This is the best Dragonite moveset in Pokemon Scarlet and Violet.

The Origins Of Dragonite

RELATED: How to Get Baton Pass (TM132) in Pokémon Scarlet and Violet

Many people are confused when they see Dragonite’s final form compared to its two forms. This is relatively understandable, as how does a sea serpent-like Pokemon take on the form of a traditional looking dragon? Well, there might be an explanation in mythology. In the stories from Korea, there is a being called the Imugi, a dragon that begins life in a serpent-like form. Once it reaches its true potential, it will become a true dragon. This is likely what Dragonite is based on.

Where To Collect A Dratini In Scarlet And Violet

Before you can have a powerful Dragonite, you’ll have to catch a Dratini. It is not a version exclusive, so you can find it in the same areas in both games:

How To Use Dragonite In Battle

Dragonite will do best when it used to battle another Dragon type. Be careful with this though, as Dragon Pokemon are as weak to other Dragon types as they are strong. Since it is part Flying type, it will also be strong against Bug, Grass and Fighting types. Because of that, it will take extra damage from Electric, Steel, and Rock Pokemon.

The Optimal Moves For Dragonite

These are the best moves to use if you want Dragonite to be at its optimal battling ready state:

Now that you know all about the best Dragon in Pokemon, you can raise one for your own team in Pokemon Scarlet and Violet!