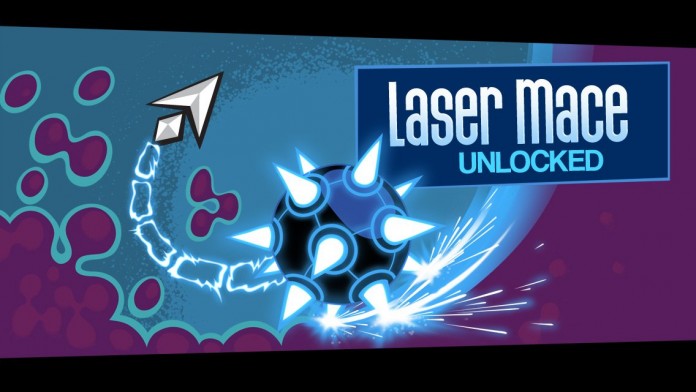 One of the great things about games development on mobile platforms like the iPad is the level of originality which designers often show in their output, and they often seem more willing to try out new ideas which are notably absent from the console blockbusters. Recent releases such as Papa Sangre display far more creativity than Assassin’s Creed, Call of Duty: Ghosts and Battlefield 4 combined, while Stealth Inc. should act as a lesson to anyone designing stealth games of how things should be done and looks to be far more entertaining and tense than the upcoming Metal Gear. While Tilt to Live 2 doesn’t quite reach these heights of inspiration, it certainly appears to be a novel and addictive puzzler with much to recommend it. However, I say appears to be as I have only been able to play for a short while due to the game’s unfortunate habit of crashing on me, despite my device supposedly being supported.

The concept here is simple: using the tilt controls on your device, you must move an arrow around a static screen and destroy the myriad orbs which bounce randomly around. Contact with these dots will instantly end your game but to aid you in your task, a number of power-ups also appear, each with their own unique brand of assistance. These vary from smart-bombs which wipe out everything in their area of effect, to shards of ice which fly across the screen in all directions. There is even a laser-based weapon that is clearly inspired by a certain well-known sci-fi series (including sound effects!). As you progress, bosses and new power-ups are encountered, each more deadly than the last, and the difficulty ramps up significantly. A number of challenges are also included, rewarding players for tricky combos and particularly impressive feats of destruction and which really add to the game’s longevity.

There are several control styles to choose from, all of which are simple enough to pick up, but tricky to master without becoming frustrating. Sound effects are actually surprisingly varied and distinctive, while the visuals, although simple, are attractive and pleasing to the eye, and suit the game perfectly.  Of particular note are the various power-ups and their seemingly endless array of effects.

This is a game which gets the blend between simplicity and addictiveness just right, nailing the core concept and then adding to it in ways that improve and enhance the gaming experience, but without taking away from that central idea. In this way, it succeeds where other games like the dreadful Mr. NoooO! fail so completely and creates a fun and challenging physics-based puzzler. There is a great deal of inventiveness on display here and it is just a shame I have not been able to play further due the problems with frequent crashes. The issue seems to be one encountered by other players too, so it is something to bear in mind.