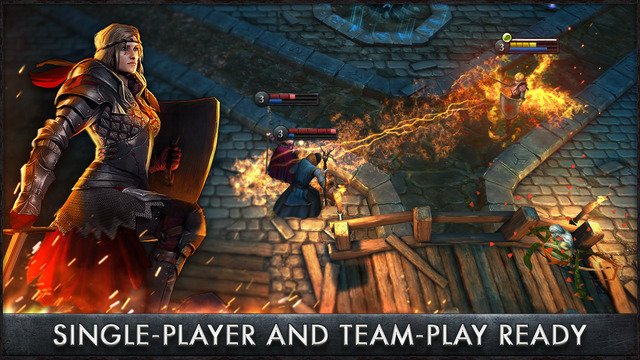 Welcome to the second part of our Witcher Battle Arena strategy guide where we discuss tactics and approaches to the game in order to get the most out of it. In our first article we have have checked out some basic tips and tricks for the game, and now we’re going to get a bit more in depth and discuss the most advanced features of the game, as well as advanced approaches to the game.

I know that some of you might know everything I’m going to share below, but some might not and this article is for them. And if you’re here, why not read it too? Maybe you will find something you didn’t know already, something that will help you with your game in the future! So let’s move on and let’s check out the Witcher Battle Arena advanced tips and strategies below!

1. Adjust the skills of your characters
From the main menu, tap the Characters button and from there select any of your existing heroes. That is the place where you will use the level points to increase Skill or Item proficiency, equip items and you will also get the chance to play with the skills and adjust them to your liking by tapping the iron gauntlet icon.

For example, Phillipa, one of my favorite characters, can have the Heart of the Storm skill altered to do more damage, but stun or slow the enemies for a shorter period of time or alter these stats as you see fit. The same goes for each skill of each hero, so as soon as you have a solid grasp of the game, you should start moving the sliders there to customize your heroes more to your liking. Personally, I usually go to upgrade the damage and reduce something less useful, but in Phillipa’s case, the Dome of Storms for example can give you more in return with slightly less damage and radius, but more uptime, since she is untouchable during this period. So find all the goodies and take advantage of them!

2. Unlock the better heroes
I have written a guide on how to unlock Witcher Battle Arena characters without spending money, but you will need to play a ton of games. However, it’s all worth it, but have in mind, whenever you unlock a new character, that you have checked out their skills and saw them in battle. I made the mistake to unlock the Observer first which I don’t really like playing, and I had regrets for a long time. Always know what you do – and if you need help, you can always check out theirs skills in the shop menu.

3. Stick with your team and capture a pillar
Getting a pillar is the most important strategy early on and you should all go to the nearest one. Usually, in smart games, one team captures a pillar, the other captures the opposite one and the fight begins for the middle one. Usually, those who manage to get two pillars at the beginning of the game will win the match, so do your best to make it happen: use the potion and grenade (or whatever you have chosen to start with), use your special skill when they are most effective and target the same enemies as your teammates – this way you will cause more damage and take them out of the area faster.

4. What upgrades to buy?
When you are in your spawning location, you can access the shop and upgrade your hero’s weapons. You should always spend all your money, because what is earned in the game does not get carried away. Also, you will not earn enough money to max out all the three categories of weapons (Attack, Defense and Power) so you should always prioritize.

In terms of what to buy, I would suggest to always have the first upgrade unlocked on all categories: they are cheap and they give you base increases to the main skill. Things get a bit more complicated as you progress through the upgrade trees, as more stats are affected. The good thing is that no matter what character you are playing as, you will always get the same upgrades. So learning them once is enough to help you forever.

The easiest way to know what weapons/upgrades to go for is to play practice games and spend some time in the shop, analyzing all the changes each new upgrade brings. As a golder rule of thumb, I would suggest to always go with the left side when it comes to Attack and defense as you won’t lose movement speed and the right side in the case of Power. That’s the way I am approaching things, though, and I am pretty satisfied with the results. Of course, you should spend some time checking all the stat increases and have your own upgrade strategy.

If you want to know mine, here’s what I do: I upgrade all to first level in the following order: Armor, Damage, Power. Then I go for the second level of Armor, second level of Power and upgrade as much as possible the Damage, all the way to the maximum. If I still have the option, I will then increase the Armor.

5. Have your teammates in mind when you select your hero
Having a varied team is usually better than going all in with two ranged players and one mage. I would personally suggest to have at least one good melee player, so always look at the character choices your teammates make. If they are not good at this and select characters that would result in a poor team, sacrifice your best character and go for your second option: it might be the key to victory!

6. Accept that you sometimes play with newbies
I used to get extremely frustrated when starting a match and noticing that my team was made of morons who knew nothing about how to play the game. There is absolutely no chance you can turn things around in your favor in such a situation, so just take the loss, step away from the table and get back soon when you have a team that at least tries to do something and is not ruining your play.

Do you have other more advanced strategies for those playing The Witcher Battle Arena? Let us know in the comment section below! 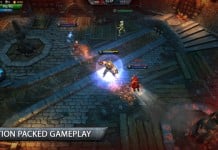 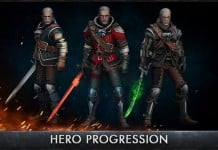 The Witcher Battle Arena: How to Unlock All Characters for Free 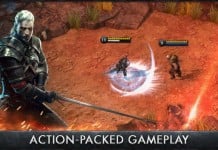