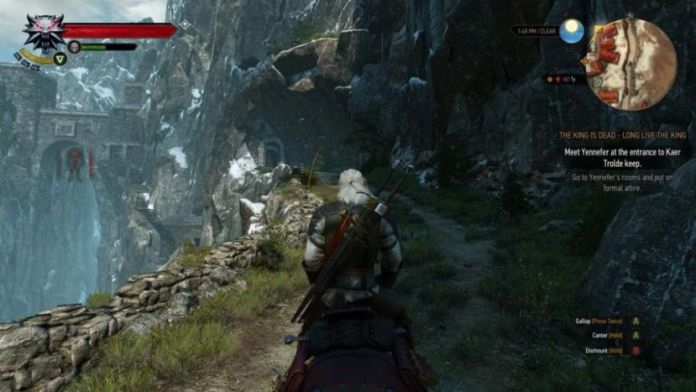 Update – February 18th, 1:11 PM. The Witcher 3 3.6 update is real and is now available in Europe. The update adds cross-save support with the Steam and GOG release as well as some visuals improvements.

The Witcher 3 on Nintendo Switch is an excellent port that not many thought possible. Things could be better, however, and developer Saber Interactive teased a major update last month which would improve the game in unannounced ways. Nothing else has been said about the update since, but it seems like it has started rolling out, at least in Korea.

According to online reports, The Witcher 3 3.6 update brings not only a selection of graphics options that are not available in the previous versions of the game as well as save transfer between the PC and Nintendo Switch versions, a feature seen in Divinity: Original Sin 2. The update hasn’t been rolled out in other regions as of now.

A couple of comparison screenshots have been released, highlighting the visuals improvements, but the same results can be achieved with a modded console, as seen last year.

With the update still not being available in the West, we really cannot say for certain if this is real or just a prank. Saber Interactive recently removed all mentions of the update on their social media page, so chances are high that this update is not real.

The Witcher 3 is now available on Nintendo Switch as well as on PC, PlayStation 4 and Xbox One.