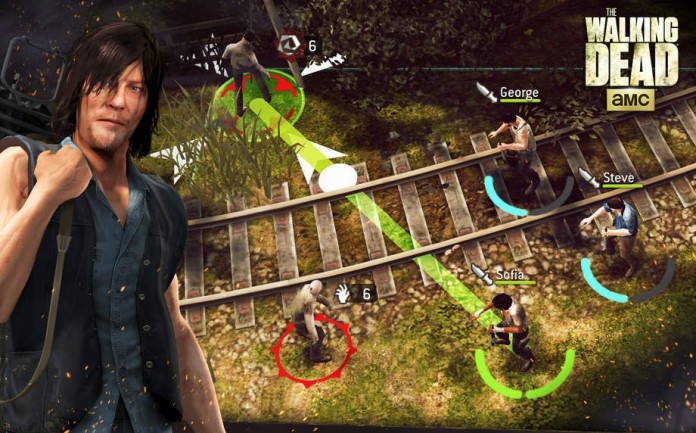 When we first heard about Walking Dead: No Man’s Land, we were really blown away with the premise and concept. It seems that we had all the reasons to be excited: the game has been launched on the App Store and is available as a free download right now and it really rocks! It’s just as good as expected and so far we have no reasons to complain, so we’ve decided to come and help you a bit with some Walking Dead: No Man’s Land cheats and tips to build the ultimate survivors camp and destroy all those walkers that threaten your life. It will be fun!

So let’s not waste any second: there are survivors out there waiting to be rescued and an entire home base to rebuild! To do it faster, check out TTP’s tips and strategies below!

1. You don’t have to kill all walkers, but doing it will reward you with more XP points to use for training. Try to find a balance between killing as many walkers as possible and getting your team safety to the end. One strategy that I use is to run away from the walkers as much as possible – especially those that come up attracted by the gunshots, complete the requirements of the mission on hand and then take out as many walkers as possible while still staying safe, and while remaining near the exist zone. This way, I can easily send all my survivors to the exit zone in one turn and complete the mission without worries!

2. Don’t pay too much attention to level recommendations: even though many of the missions will show level requirements above your current level, you can still easily beat them as long as the differences are not huge (1-2 levels between your survivors and the recommended level should be OK).

3. Strategize a lot and take your time: there is really no hurry to complete the game and you can take your time, turn by turn, to get your survivors in a good position. Even though new waves of walkers will be coming after a set number of turns, they’ll usually spawn far from your location, so they are not a threat for at least a couple of turns. So take your time, move slowly to keep the survivors in overwatch (if that is useful, of course) and you will do great.

Don’t forget about the different stats of your survivors: the Hunter, for example, is good for taking out a bunch of zombies if they are properly lined up, while the Bruiser is best used as a tank: send him forward with overwatch and he’ll stun zombies, which is a great advantage. On many occasions, I chose to go with a Bruiser forward and have a scout (knife survivors) take out the stunned ones easily. This works best when there are fewer zombies and pretty spread out, but it works great!

Finally, it seems that the position of the zombies matters too: if they have their back turned at you, they won’t spot you as easy as if they’re facing your way. Use that to your advantage to sneak past the most difficult ones or get the hunter into a better position!

4. Watch videos to get more crates after completing the missions, especially when Golden crates or a lot of Silver ones are present. You can’t replay missions that you have already completed, which means that you should take all the possible rewards without thinking twice: the video ads you can watch will be limited, but do take advantage of them to maximize your rewards! You’ll have no second chance!

5. Don’t hesitate to reject survivors if they’re not what you need. One star survivors are pretty much pointless from the beginning, so if your radio call returns a one star survivor, reject them to get the XP points instead. Only focus on getting the best possible survivors and aim to have at least six of them in good shape (basically, two teams to send out if one gets really injured). I would also suggest to spend your first 100 Gold to buy an extra slot for the survivors.

6. Equip your survivors with the best weapons and armor that you have: most of the weapons are class-specific, so make sure you check out all your survivors to see if you’ve got something better. Weapons can be upgraded in the Workshop and they will unlock the new Traits based on the level. This means that some are better than the others: just check the icons and see what each trait does, and upgrade the weapons that you like the most! Finally, the items that you don’t need should be scrapped for extra XP points!

7. Upgrade your buildings in the camp: start with the Farms, because they produce goods for upgrading, then move on to the Mission Car (for more maximum energy), Hospital, Training Grounds, Workshop and once all is maxed up, go for the Council.

8. Tap the walkers at the gates: you will receive all sorts of goodies from them, including free gold or radios.

These would be for now our tips and tricks for The Walking Dead: No Man’s Land. If you have other strategy advice for fellow players, let us know by commenting below! 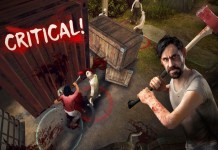