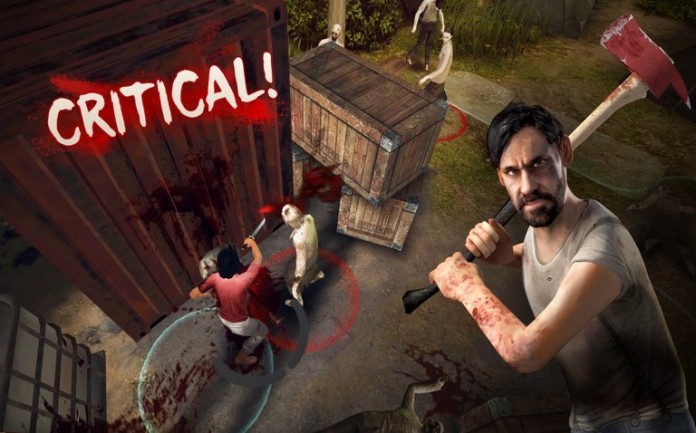 Just like most of the living population on Earth, I am big fan of The Walking Dead series (and anything that has zombies or survival in it). I loved Telltale’s take on the series, but I also put a lot of hopes in Next Games’ Walking Dead: No Man’s Land, a different approach of the zombie apocalypse presented in the show.

Today, the developers have launched a trailer presenting a few bits from the game, including some gameplay footage and all I can say is that I am still extremely excited. Check out the trailer below and we’ll talk about it afterwards:

Pretty cool, huh? The game will put you in the shoes of a survivor that’s about to be trained by Daryl and your job will be to stay human in the zombie apocalypse, get the world rid of as many walking dead as possible and save other survivors from various other locations, including the Terminus or the Prison, which we know from the show.

Gameplay wise, it’s exactly how I like post-apocalyptic survival game: turn based strategy with some tactical thinking involved and apparently a ton of possible weapons and zombies to send, once more, to the land of the dead. It also seems that this will be mixed with some base-building mechanics, but we’re just getting a few glimpses at that and we can’t say for sure.

Either way, it’s pretty obvious that the game is progressing quite nicely and that soon we’ll get a lot more from the developers. Until then, we have all the reasons to be excited about the game’s release, which is set for October 2015.