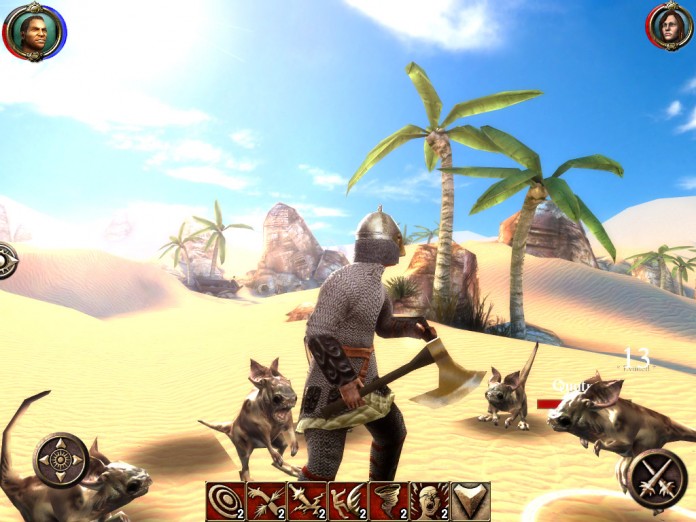 Today is definitely a good day for gamers who have been waiting to play some games that have been in development for quite a long time.

Earlieri today we have reported that the unique stealth game Republique will finally launch on the App Store before the end of the day in all regional stores. Now we’re happy to report that long awaited role playing game The Shadow Sun will also be released today in all regions.

The Shadow Sun has been developed by Ossian Studios, a Canadian team that also developed two Neverwinter Nights game.

The game was originally scheduled for a 2010 release. The game was then delayed to Fall 2013 so that the team could polish the game further, as seen in a recently released trailer. The trailer lacked a release window, making gamers think that the game was going to be delayed once again and released next year. Luckily, this wasn’t the case. Role playing game fans will doubtless be grateful for this.

The Shadow Sun is going to feature all those elements gamers expect in a role playing game like character creation, exploration, countless enemies, quests, customization and much more. The game promises to be a deep experience, something that not many mobile games can currently offer.

The Shadow Sun will launch at midnight on the App Store. The game will be available at a special introductory price of $7.99.