Home Game Guides “The Pokemon League of Legends”: How Pokemon Unite Draws from its MOBA... 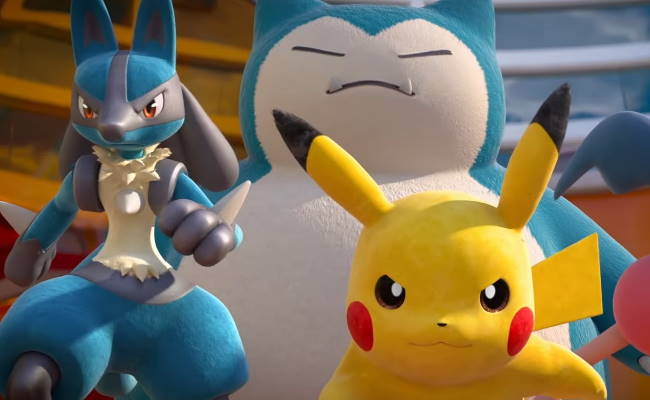 Nintendo’s long-running Pokémon franchise is no stranger to spin-offs. In the past, we’ve gone on photography expeditions, ran a Pokémon theme park, fought tactically through feudal Japan, among other adventures. The Pokémon series had seemingly done it all, but it turns out our Pokémon adventures were just starting!

Officially announced last year, Pokémon Unite is the latest spin-off entry in the popular franchise. With Pokémon GO, Pokémon Masters and Pokémon Café Mix, the series was beginning to pick up traction on mobile platforms. Why not join the big leagues and try entering the MOBA scene?

Related | Charizard in Pokemon Unite: Everything We Know so Far

At first glance, Pokémon Unite takes a lot of cues from popular MOBAs on the market, like League of Legends and Arena of Valor. The game features 5-on-5 team battles, with each player picking their own Pokémon to play as. Of course, the game also introduces its own Pokémon-themed spin on a few mechanics that players might be familiar with.

Battles in Pokémon Unite take place on Aeos Island, which is essentially a bite-sized version of a traditional MOBA-style map. There are two lanes that stretch along the outer rim of the island that connects the two teams goals to each other, one top and one bottom. The middle section is the “jungle” area, where wild Pokémon roam.

The goal in Pokémon Unite is a little different from most MOBAs, as you’re working to collect “Aeos” energy dropped from wild Pokémon. Collected energy can then be dunked into any of the enemy team’s five goals, which nets you points. The team with the most points at the end of the match wins!

In terms of general match progression, Pokémon Unite is based heavily upon popular MOBAs like League of Legends. Players start at level 1 with only a few moves to their name. They’ll move into the jungle to take out some weak Pokémon to collect Aeos energy while earning experience to level up and learn new moves.

Just like in the original games, players will evolve into stronger forms once they’ve leveled up enough. This also usually marks the point where they unlock access to the rest of their move set, which is where the MOBA influences really start to show up.

Related | Venusaur in Pokemon Unite: Everything We Know so Far

One interesting aspect about moves is that Pokémon Unite takes a page out of Activision Blizzard’s Heroes of the Storm’s talent system. At the higher levels, players will have to choose between two moves – they cannot take both. The skills are usually balanced in a way to push your Pokémon into a certain playstyle, so you’ll need to adapt to your current situation.

Players must work together with their teams to defend their goal from opponent Pokémon looking to score points, while keeping the pressure on the enemy team to score. Just like in other popular MOBAs, the early game is spent farming up and growing stronger, while the big team fights tend to occur during the late game.

If a player Pokémon loses all of their HP, they faint and require some time before they respawn back at their goal. The most notable thing though is that they also drop all of their Aeos energy on the spot, which can make simple team escort missions turn into incendiary affairs!

Occasionally, during certain periods of the match, powerful legendary Pokémon will spawn in the center of the map. You’ll need your entire team to take them down, but if you manage it, tons of Aeos energy awaits you. The legendary Pokémon function similarly to Baron Nashor of League of Legends and Roshan of DOTA 2.

Related | Pikachu in Pokemon Unite: Everything We Know so Far

Players can customize their Pokémon before battle by giving them items to hold, just like in the main series games. These held items can increase their attributes or grant other bonuses, similar to League of Legends’ rune system. Players can also use in-game battle items that can help out in a pinch.

Pokémon Unite is shaping up to be a nice blend of casual and competitive MOBA mechanics that are borrowed from popular modern games, while putting its own unique spin on them. Stay tuned for more updates and info when the game launches July 2021 for Nintendo Switch and September 2021 for mobile!

“The Pokemon League of Legends”: How Pokemon Unite Draws from its MOBA Ancestors