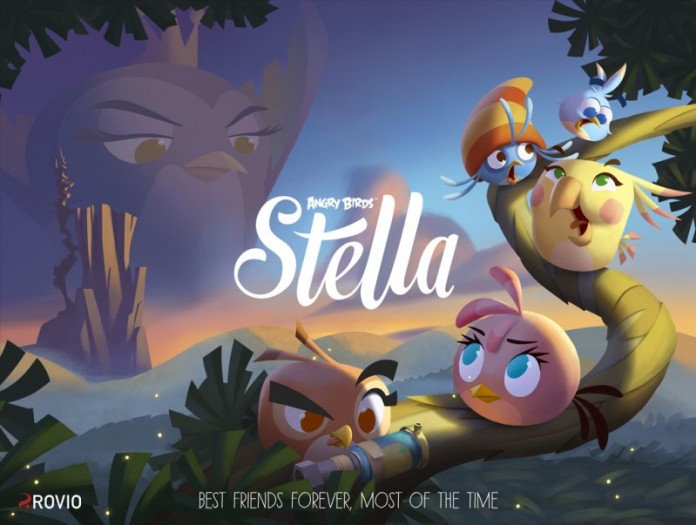 Yesterday, we brought you the news that Rovio was working on a new Angry Birds game and it seems that it didn’t take long for the developers to decide to offer some more details.

We are talking about a new IP here and not a sequel or expansion, which is always good. The new game will be titled Angry Birds Stella and it represents Rovio’s intentions to get a big chunk of the female demographic, as it is a game created specifically for female users.

To go well with the announcement, Rovio has also launched an image from the upcoming game, with the tag line “Best friends forever, most of the time”. It’s also clear that the game will feature Stella as the main character, the pink bird introduced to the Angry Birds universe with the “Back to School” update to Angry Birds Seasons.

Rovio have been really mysterious regarding the actual gameplay. They just said, on the official blog:

“Angry Birds Stella will open a door to a part of the Angry Birds universe you’ve never seen before! There will be plenty of fun and adventure, but the bunch of passionate pals will also have to deal with some serious issues in order to protect their friendship and the environment they live in. Luckily, Stella and her friends are good at finding creative solutions!”

Judging from all these, I would risk saying that we’re talking about a time management social game here, the type where we’ll build nests and buildings and drive our friends crazy to send us items to build even more. The Angry Birds Farmville, if you will.

We’ll find out if I’m right later this year – there’s still a lot of time left to wait, as Angry Birds Stella will launch sometime during this fall.