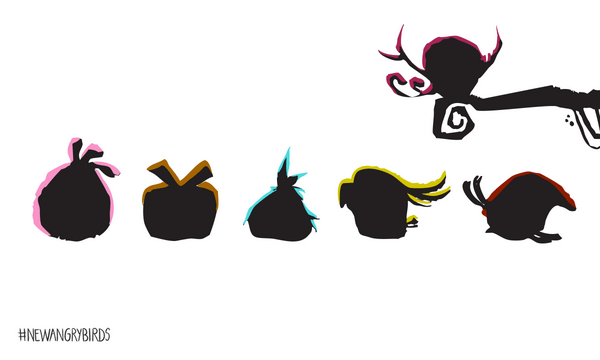 A new Angry Birds game is currently in the works, developer Rovio confirmed. A teaser image has also been released, which can be seen by going at the end of this post.

The details, unfortunately, end here. We don’t know if the game is going to be a main entry of the series or yet another spin-off.

The latest Angry Birds game to get released is the kart racing game Angry Birds Go! In our own review of the game we have noted how the overall game experience is not bad at all but it’s greatly damaged by the IAPs included in the game, making it almost impossible to enjoy the game without having to pay for some of the game’s features. It’s a shame, because the game would have been of the best titles available on the App Store if it wasn’t for this issue.

The Angry Birds series is one of the most popular mobile series ever released. The original game has spawned nine other games, several merchandising items and more. The games has become so popular that Rovio released some of them on consoles. However with the high prices of these releases, the mobile versions of the Angry Birds games are still the best way to enjoy these unique titles.