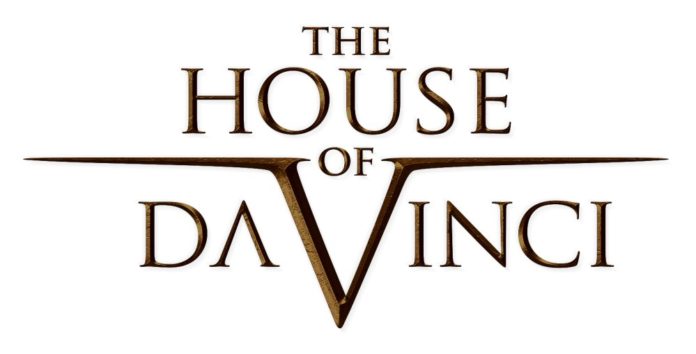 Leonardo Da Vinci was one of the most original thinkers ever, responsible not only for some great art but also lots of cool inventions. So it’s sort of ironic that he’s the star of The House of Da Vinci. This game has many fine qualities, as we’re about to explain, but originality is not one of them. If you’ve played The Room you’ll know exactly what to expect.

Which is to say, you spend your time in a series of closed, beautifully rendered environments solving interlocking mechanical puzzles.

Except in this case you’re the favorite apprentice of Leonardo Da Vinci. You learn at the beginning of the game that Leonardo has gone into hiding, to prevent sinister forces from getting hold of his mysterious latest invention. It’s your job to find him.

Aside from your wits, you have two pieces of equipment to help you with this task. The Oculus Infinitum is a lens that allows you to see through surfaces, and the Oculus Tempus is an even cleverer lens that lets you review and scrub back and forth within little segments of the past. 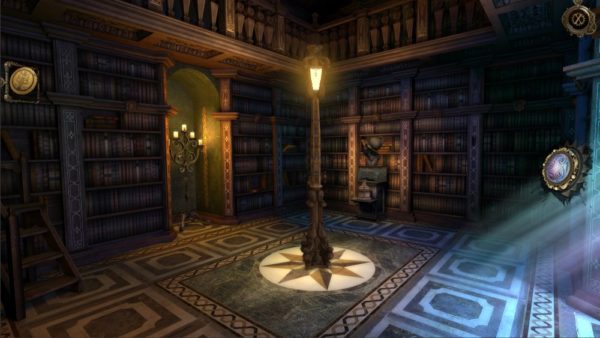 You play the game by swiping and prodding the screen of your phone or tablet to open secret compartments, move cogs into place, slide ribbons from scrolls, shuffle tiles, open locks, push, pull, rotate, manipulate, and generally interact with countless objects and moving parts.

The sheer depth of the the puzzle mechanics is impressive. Time and time again you’ll think you’ve found a solution only to discover that you’ve only solved a tiny part of the overall puzzle. Objects you find often require additional puzzle solving after they’re in your inventory.

To use the Oculus Tempus you need to do a little pattern, which changes every time. Puzzles are layered upon puzzles upon puzzles, many of them interlocking with different puzzles on the other side of the room.

The House of Da Vinci is such a sprawling web of puzzles that each of the eight environments could easily take you an hour to get through. 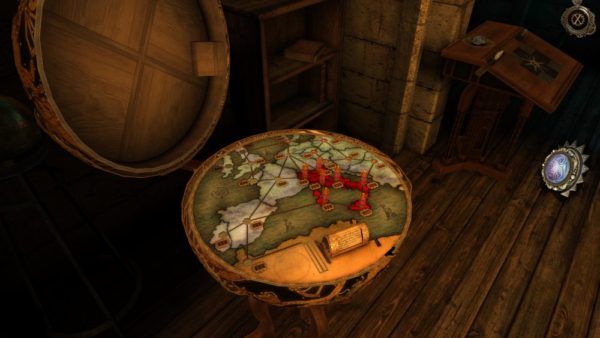 The game boasts plenty of variety, too. Puzzles vary from simply finding stuff, to solving complicated sliding tile games where the tiles infuriatingly rotate, to playing a crude take on Risk.

If you get stuck, there’s a clever hint system that lets you tap an icon to receive a vague hint, and then, after a cooldown period, a more direct hint if the first one didn’t do the trick, and so on.

We don’t love everything about The House of Da Vinci. For a start, there’s no getting away from the fact that it’s derivative of The Room. If that sort of thing bothers you, then prepare to be bothered. 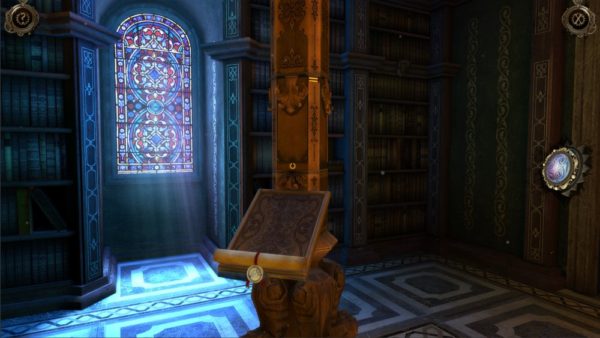 Locating items or areas of interest in the environments can be hit and miss. While some objects are clearly signposted or stand out subtly, there are surfaces that you’ll probably only find by zooming in on every part of everything, resulting in a lot of random prod-and-see.

And on that note, it would have been nice if there were more to prod and see in terms of incidental details. We found ourselves tapping on various environmental details at first, expecting a little bit of explanatory text for flavor, but there’s none to be found.

And finally there are the controls. On a phone screen, manipulating objects in the game can be fiddly. It starts to feel more natural after a while, but there’s a definite knack to the movement that can make the early puzzles a bit frustrating. But don’t let any of these criticisms put you off too much.

Conclusion
Once you master the controls and learn to live with the quirks The House of Da Vinci leaves you with hours and hours of beautifully designed, gorgeously presented puzzling.

The House of Da Vinci is available now on Google Play or the App Store. 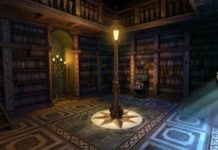 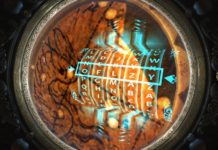 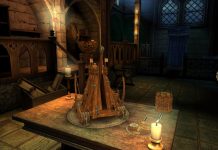