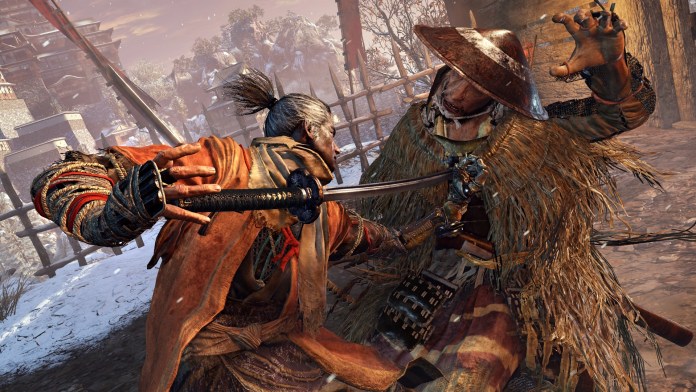 Sekiro: Shadows Die Twice is an incredibly addictive action RPG from FromSoftware. And even though the game is a Soulslike genre, it has a lot of differences from Dark Souls. One of the main differences is that players cannot create a unique character, instead, they play as One-Armed Wolf. However, you can make some changes to the walkthrough using different Mods. And in this guide, we will tell you about the 5 best Sekiro: Shadows Die Twice Mods.

In Sekiro: Shadows Die Twice, you will find yourself in a dark Japan in the 16th century. And to save your young master, you have to fight many enemies. To do this, you can use various ninja techniques and prosthetic tools. But if you want to make the game even more interesting, we suggest you try one or more of the following Mods.

Related: Best Ready or Not Mods for PC

If you have completed the game, and the bosses seem too easy for you, this Mod is what you need. Sekiro Resurrection adds around 20 new bosses and minibosses to the game. And trust us, fighting them won’t be easy.

As the name suggests, this Mod allows you to play not as a ninja, but as an android. However, you will still use the good old Kusabimaru. Moreover, you can customize the color of your hair and costume for 2B.

It is another Mod for those who find the game too predictable. The Mod randomizes absolutely everything in the game, including enemies, bosses, items, and skills. In other words, now you will be able to face some of the mid-game bosses like Shinobi Owl at the beginning of your walkthrough.

Well, Sekiro: Shadows Die Twice, like other FromSoftware titles, is a game that will make you suffer. And that’s exactly why fans love the Soulslike genre. However, if you want to make your character stronger, faster, and have large stamina, then this Mod is what you need.

It is one of the most useful Mods for Sekiro. Using it, you can make custom resolutions, remove the framerate limit, and use borderless windowed mode. Moreover, you can use various cheats.

That’s all you need to know about the best Sekiro: Shadows Die Twice Mods. Try each of them to get even more fun from playing Sekiro. And while you are here, take a look at our list of the Minecraft 1.19 best Mods.