Home Game Guides Best Ready or Not Mods for PC 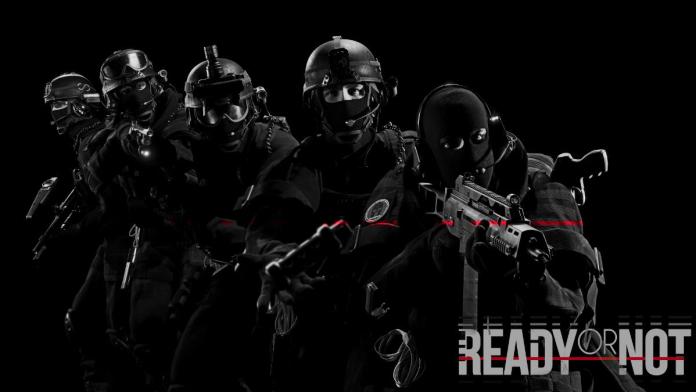 Despite still being a relatively new game, tactical shooter Ready or Not already has a large modding community, thanks to the game being relatively easy to mod. With a variety of mods to choose from, which ones are the best? Today, we’ll be going over the best Ready or Not mods for PC!

Best Ready or Not Mods

There are tons of mods for Ready or Not. Some mods change around the technical settings of the game, while others add stuff like new weapons, maps, and outfits. Here are some of the best of the best, according to popularity rankings of Nexus Mods.

As you can tell by the name, Everything Unlocked is a mod that unlocks every single weapon, attachment, and gear option in the game. Not only is this great for experimental purposes, but this also opens up the doorway to other mods.

You see, a lot of weapon mods that add new guns to the game require this mod to be active before they work, as many of them rely on this mod for things to be set right. If you’re mainly looking for new weapon mods, there’s a good chance you’re going to need to install Everything Unlocked.

In the base version of Ready or Not, the current vest textures are somewhat buggy. The Vest Retexture Fix mod basically fixes the vests’ textures to work how they’re supposed to work, and this opens up the door for many cosmetic mods.

Earlier in the game’s life, textures were next to impossible to mod due to how the base game’s vest textures worked. With the help of Vest Retexture Fix, modding the vests is now possible, and if you want to add custom skin mods to the game, this mod is basically a requirement, similar to the Everything Unlocked mod for weapons.

One of the most common criticisms of Ready or Not’s gameplay that you’ll hear frequently is how unrealistic the enemy AI is. Enemies will detect you faster than you can react, and they’ll often be able to headshot you with laser precision in a moment’s notice, making some deaths feel rather unfair.

The Better Enemy Behavior mod aims to make things a little more fair and realistic by turning down the enemy reaction time. Enemies will take a bit more time to react to your presence, and their accuracy is reduced, leading to fewer moments where you just suddenly drop dead.

The In Game Menu mod lets you access everything important from wherever, but it also gives you a little more control over multiplayer sessions. You can kick players, choose maps and game modes without having to go to the desk, and even load custom levels.

This mod also lets you view more detailed info on servers and any other mods you might have installed. Easily the coolest part of this mod is that it allows you to increase the maximum limit of players from five to up to fifteen players!

There are only a couple of fanmade maps for Ready or Not, but one of the best ones has got to be Neptune Spear by sconez. This map is based on the real-life operation “Neptune Spear,” in which Osama bin Laden was taken down in Abbottabad, Pakistan.

Those are some of the best mods for Ready or Not right now. Of course, we highly encourage you to head on over to the Nexus Mods page for Ready or Not to check out the full list yourself. There are plenty of weapons, skins, and map mods for you to see!

Have a favorite mod for Ready or Not that we didn’t list here? Let us know what it is in the comments below!

Best Ready or Not Mods for PC