Home Guides How to Get Mana Crystals in Terraria 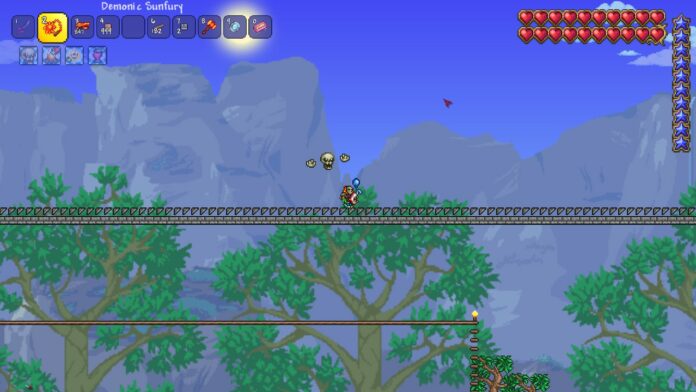 The Mana Crystal in Terraria is a consumable item that increases your maximum mana by 20 with a limit of 200. Therefore, in order to get the maximum mana, you need to use 9 mana crystals, since the player initially has 20 mana units.

How to Craft the Mana Crystal in Terraria

To craft a Mana Crystal in Terraria (mobile version), you need 3 fallen stars. A workbench or other workplace is not required for this. The player can craft them simply through his or her inventory.

A falling star is a thing that accidentally falls from the sky at night and disappears in the morning (4:30 AM). A fallen star glows just like a torch. The stars can also be used for various crafting recipes, for example, when used with the Star Cannon, it will be an excellent weapon against bosses. Fallen stars disappear at dawn, even if thrown by the player. But they can be saved by keeping them in inventory or in chests. When a star hits an enemy, it deals 999 damage.

RELATED: Terraria Mobile: How to Use a Controller

How to Farm Fallen Stars for Mana Crystals in Terraria

An easy way to collect Fallen Stars is to build long platforms of blocks above the ground. This way, you will get the so-called star farm. After this, you need to run from one end to another during the night. It is recommended to have the Boots of Hermes or other means of increasing the speed of movement.

The disadvantage of this method is the likelihood of a Meteorite falling on this path. This method of collecting Fallen Stars will be useful primarily for players who want to quickly replenish their maximum mana level, brew mana potions, and use stars for the Star Cannon. During the night, you can collect about 10 Fallen Stars, thus creating 3 Mana Crystals.

This is all you need to know about how to collect and use Mana Crystals in Terraria. While you are here, make sure to read our guide on how to get the best wings in Terraria.