Home Guides Terraria Mobile: How to Use a Controller 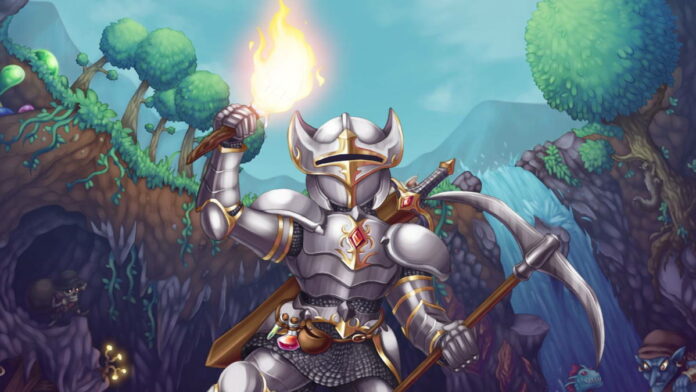 The sandbox adventure game Terraria has been on mobile device for some time now, but there was never any official controller support. Thanks to the new update, Terraria now supports a number of bluetooth controllers – if you have one you can now enjoy Terraria with an easier-to-use control scheme!

Connecting your controller is a relatively straightforward process, and we’ve detailed all the steps below. Before you start, make sure you have the latest version of Terraria.

Connect your Controller via Bluetooth

The first thing you’ll need to do is connect your controller to your device using bluetooth, as is the case with any controller for mobile gaming. For both iOS and Android you can find your bluetooth settings within your system settings.

Put your controller into search mode to have it show up on your list of bluetooth devices. You’ll need to consult your controller’s manual if you don’t know how to do this, but for common controllers like the Xbox One controller or the PS4 controller, there is a button you can hold down that will make the controller enter sync/search mode.

Setting up your Controller in Terraria

Now you’ll need to setup your controller in-game. Start up Terraria and try navigating the menus with your controller and start a world. Test out all of your controls: move, attack, build, etc. and if everything works fine, congratulations, you’re already set! Your controller should be good to go.

If your controller doesn’t work right away – and there’s a good chance it won’t – don’t worry, just head on over to the Settings and tap on the little controller icon to get to the controller settings.

You can change control schemes, sensitivities, mode toggles, and more here. The most important thing to do here rebind the controls if certain buttons aren’t working. Many users on the Terraria Mobile forums have reported that their shoulder buttons weren’t working, so you may have to switch some buttons around.

You can either rebind the controls yourself, or choose from one of the three control schemes: simplified, advanced, or console.

Simplified controls keep things easy though some non-essential actions are not bound to any button by default. Advanced binds every action through multiple button presses, like holding LB and pressing X for example. Console mimics the console version’s control scheme exactly, so that’s the one to choose if you’ve played Terraria on console.

We recommend loading up a world and being in-game so that you can test controls on the fly. Make sure to test every single button to ensure that everything is working correctly.

Re-Logic has already stated that more controller support is coming in a future version of Terraria Mobile, so if your controller isn’t supported hang tight for an update.