Home Guides Terraria: How to Open the Console and Commands 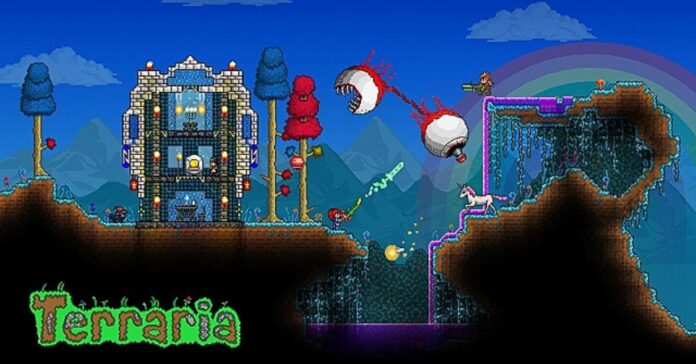 A large number of games support consoles, through which you can perform the necessary actions. Usually, using the console, players use cheats and other commands that simplify the game. Or this way, you can just have fun with your friends without risk of dying. They are also used by hosts and server administrators. In this guide, we will tell you everything you need to know about a console in Terraria, how to open it, and all the available commands.

Why Do I Need the Console in Terraria?

The server console in Terraria is necessary primarily for the owners of the servers – the hosts. With the help of consoles, commands are written that directly affect the gameplay. Overall, you need it if you want to successfully operate your server.

RELATED: How to Open a Chat in Terraria

How Do I Open the Console in Terraria?

In most games, the console bar is opened using the assigned key. But in Terraria, the console opens differently. The console panel is nothing more than an .exe file. TerrariaServer.exe is located in the main game folder.

The server owner can create or use an already generated world to include. To do this, you need to set the maximum number of players, password, and port.

To connect your previously created world, you need to set the number of players, enter the server port, and set a password for the world. After these operations, the world will automatically start to be generated.

To create and connect a new world, you need to decide on the size of the map. After entering the name of the world, it will be created, and then you must repeat all the steps from the paragraph above.

The list of commands you can use include the following:

These were all the main console commands in Terraria.