Terraria players know that Pre-Hardmode is a blissful time. This is because you encounter relatively easier bosses and have a lot of time to frolic around. Pre-Hardmode is the time when you explore, gather, craft, and experiment.

However, as you head towards the hardmode, you need to get serious. To gear up for some harder battles, we have hand-picked some of the most powerful weapons.

Here are some of the most powerful pre-hardmode weapons that can you can craft in Terraria.

The Space Gun is probably the best ranged weapon to rip the enemies apart. To craft the gun, you need 20 Meteorite Bars and an iron or lead anvil. The Space Gun works on Mana so make sure you have enough of it.

If you can get yourself Meteor Armor, then you are all set! The armor regenerates Mana and helps fuel the Space Gun.

Sunfury is not your typical weapon. Players can swing the flaming mace around and deal massive damage to enemies. Since the buff, Sunfury is one of the most used weapons in pre-hardmode. Interestingly, the mace can be easily found in the Underworld Shadow Chests.

Spears are not particularly popular among Terraria players. But the Dark Lance Spear might be an exception. The spear is the most powerful ones in the game. The piercing damage can be fatal to enemies like Eater of Worlds. You can also chuck the spear at the distracting hordes of minions from a distance.

As the name hints, the Enchanted Sword is difficult to find. Moreover, not every sword that looks like Enchanted Sword is real. Yes, Terraria has fake swords. Typically, you will find the sword wedged in a crack of boulder surrounded by a pool of water. However, there’s no guarantee that the sword will be real.

If you do manage to get the real sword, then you will have a powerful weapon throughout the pre-hardmode. It’s one of the fancier melee weapons that shoot projectiles.

The Flamarang, as you might have guessed, is a flaming boomerang. Not many Terraria players are fans of boomerangs. But Flamarang has a different appeal. The hot boomerang is a powerful ranged weapon for pre-hardmode.

First of all, it’s a better version of the Enchanted Boomerang. It is especially useful against enemies that are susceptible to fire.

Yoyos like Malaise and Artery are also good. The yoyos are good enough to get you through the game until the hardmode. 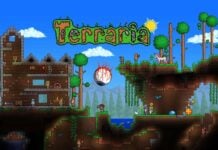