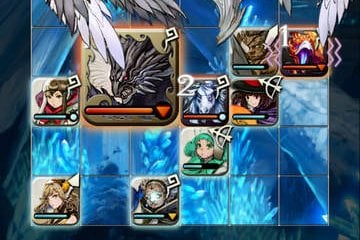 Hironobu Sakaguchi is a Japanese developer that doesn’t need an introduction, as he’s the man behind many successful Japanese video games. While he has worked on a variety of projects, Sakaguchi san will always be remembered for the Final Fantasy series, the role playing game series that effectively saved Squaresoft many years ago and later made Japanese role playing games popular in the West. After a few different projects developed with his Mistwalker team, Hironobu Sakaguchi has come back with a new free to play social role playing game called Terra Battle that shows how the free to play model doesn’t always translate in simple gameplay mechanics.

Terra Battle’s plot is quite interesting. The game takes place on a planet close to destruction inhabited by three different races that don’t really get along with each other. In order to find hope for their doomed word, different groups begin searching for their Makers in the attempt to understand more about their planet as well as saving it. The story is told through well written, but short, sequences that appear before each of the chapters. Even though they are short, these written passages manage to keep the player interested and invested in the plight of the game’s characters. Honorable mention also goes to the profiles that accompanying each character’s art, profiles that add more personality and charm to an already quite interesting setting.

Gameplay wise, Terra Battle features a tactical battle system where players must create a party of six different characters and use them to defeat all the enemies in everystage. Party members, who come with different stats and abilities, will join you during story chapters or can be recruited in the Tavern in exchange for coins or energy. These two currency types are also used for a variety of other things, just like in other free to play games. Choosing a balanced party is really important since the game employs a rock-paper-scissor system that makes one unit type strong against one and weaker against another.

Terra Battle’s battle system is one of the more unique featured by a mobile role playing game. Players will have to move their six characters inside an eight by six grid, with each of your characters and enemies coming with a number indicating when that unit’s turn will come next. Every time it’s one of your characters’ turn, you can move that unit around for a certain amount of time, using said unit to also move others into position. In order to attack enemies, players must flank them, forcing gamers to think long at hard on how to move units as connecting your whole party will allow you to unleash more damage through powerful combos. Enemies are pretty harmless in the first few battles, but things will soon become more complicated, with enemies disrupting your formation often and unleash special attacks that will affect larger areas. Boss battles are even more complicated than regular battles, too, so a good grasp of the game’s mechanics is really, really important.

Terra Battle would have been an excellent game if it wasn’t for the free to play model and the energy system, which somewhat damages the experience. While the game is generous with energy, it doesn’t take that long to deplete it and being forced to stop playing the game. Things become worse for later chapter as they require even more energy to be played. This isn’t anything new for social role playing games but it doesn’t make it any less irritating, especially considering the game’s potential: I would gladly purchase a Premium version of the game to get rid of these waiting time and I’m sure others would agree with me.

Together with the battle system, another area where the game truly shines is in its presentation. While the battlefields are pretty basic, the character art is really gorgeous. So is the game’s soundtrack, created by Nobuo Uematsu, who has worked on the soundtrack of many classic Final Fantasy games, among others.

Terra Battle shares many similarities with other Japanese social role playing games but no other game features such a deep and involving battle system. This fact alone elevates it beyond other similar titles and makes it a worthwhile experience for all fans of role playing games. 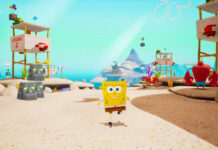