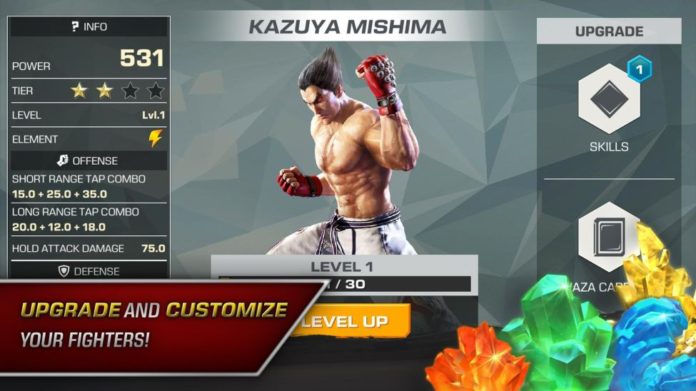 Skills are another element to take into account when it comes to being a successful Tekken mobile player. Not as important as choosing the best fighters in the game – but definitely not something to ignore either.

And with so many potential options and so few skill points to use to unlock or level up your fighters’ skills, it’s important to make the right choices and invest them into those that matter. And that’s what we’re going to talk about in today’s guide: the best skills in Tekken mobile to invest in.

Fortunately, things are pretty simple in my opinion and only a few skills really matter in this game, even though you have a ton of options to distract you. But now that you’re here, you can rest assured that you’re making the best choices. So let’s not waste any time and let’s find out what are the best skills in Tekken mobile and how to invest your skill points in the game.

There are three main skill categories in Tekken Mobile: Attack Skills, Agility Skills and Utility Skills. Out of these, I personally believe that it’s just the Attack Skills that should get most of your attention, with a bit of attention focused towards the Utility ones. But let’s find out more below.

These are the best, as I have already said and the one you will want to invest most points in is the basic one: the Increases all tap attack damage skill. It only gives you an increase of 0.4% per level which is indeed a little, but it adds up in the long run and becomes very useful. My favorite one to choose since the basic taps are what you will use the most in battle anyway.

Another skill to consider investing in is Increases all elemental damage: this gives a better damage boost, but has its own drawbacks. It only increases the damage when fighting with an elemental advantage. This is what you should normally do, but it won’t always be possible. So even though the numbers look good, in the long run it might be less useful since you will have to send your fighters into battles without the elemental bonus.

All the other attack skills can be somewhat useful in particular situations, but I see no reason why you would invest in them at all. Focus on the two above (or just the first recommendation) and things will be great, in my opinion.

These are skills related to your Waza cards and I don’t think any of them is really worth investing in. They are specialized on different types of Wazas and because of that, they are limited in benefits.

Even though these skills don’t directly affect your in-fight performance, they offer some boosts and bonuses and might be a good choice in some cases. I don’t think anybody should actually focus on these because the Attack skills are much better in my opinion, but we have one solid option here:

Post match shard drops increased: this is a good skill to have because the shards are required to level up your fighters and you will need a ton of them. However, the extra ones that you get as a reward are not really worth the skill point – if you are active enough in the game you will still get there, but you will have to go through more fights. But at least you will have extra skill points to put where it matters and that is the Attack skills.

Conclusion
As you can see, even though there are a ton of skills in the game, just a few are actually worth investing in. I strongly believe that the Attack skills are best, followed (but pretty far away) by the stun cooldown skill. Shards are very close because they are extremely useful in the long run, but lose their value if you can easily farm them and take part in multiple battles in the long run.

If you want to check out even more tips and tricks for the game, we have written an article here already. If you have any additions to make to our guide or you think that other skills should be invested in, don’t hesitate to let us know by commenting below. We’re always open to suggestions. 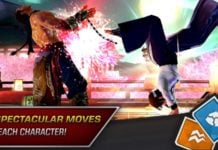 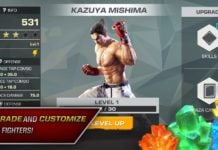