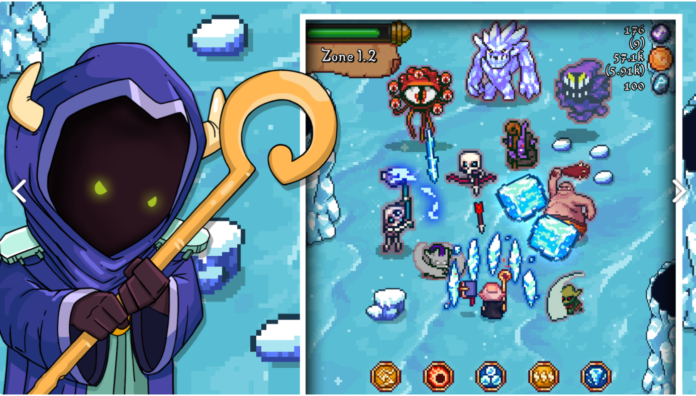 Tap Wizard RPG is a role-playing incremental game where players send their almighty wizards to different mage quests to defeat hordes of monsters. It is one of the incremental games where after sending your characters, you just have to sit and observe the battle.

As one of the widely popular Mobile RPGs, Tap Wizard’s gameplay heterogeneity is what makes it unique and fun to play. The game offers –

As being one of the most sought-after incremental wizard game, Tap Wizard is best suited for players who don’t want to waste a lot of energy by controlling each and every action in the game. Sometimes, sitting back, relaxing, and watching your wizard’s wreak havoc is a great sensation.

Just like any other mobile game, Tap Wizard also has a free code redeeming section in the game. Their players can enter free codes, promotional codes, and much more to get free rewards that include new spells, and other in-game items.

While the free codes for Tap Wizard are very hard to find, we have a particular Tap Wizard RPG Code that grants players a free spell stone.

As of now, we don’t have any other free code for Tap Wizard, though are trying to scrounge the internet and our sources to get new working codes for the game. Make sure to bookmark this page, as we will be updating it in the near future with new codes.

Tap Wizard RPG is a role-playing game currently available on the Android and iOS platforms.