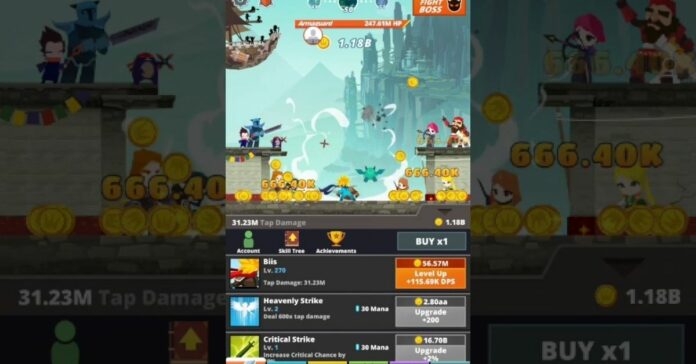 The skill tree is the most important aspect of Tap Titans 2. The player needs to choose a tree early in the game. This should be a fully conscious decision as it is difficult to gather the resources needed to re-select some things. There are four main skill trees in Tap Titans 2. They are suitable for players with different play styles. In the long term, the player can reach such heights that they will open all the skill trees, but this can take weeks or even months. This depends on the amount of time you are willing to devote to the game on a daily basis.

Tap Titans 2 is fun and easy to play up to around level 1000. Gradually, the player will level his or her characters, which will make it easier to defeat strong Titans. Modifiers such as artifacts, pets, equipment, and skill trees will play an important role in your boss fights. However, new players may not understand which skill tree they should choose.

How to Level up the Skill Tree in Tap Titans 2

The skill tree is located in the Sword Art tab at the top of the screen. Players can choose four main trees: Knight, Warlord, Sorcerer, and Rogue. Each of these skill trees specializes in one direction, and your choice should depend on your playstyle. You can either focus on one of these trees or spread your skill points evenly across several. We recommend focusing on one tree as this is how you get the most out of Tap Titans 2.

There are several different ways to get skill points. The most common is reaching certain levels. Players can also earn Skill Points as tournament rewards or from Titan Chests, which can be purchased with real money. Players can rechoose skill points in the skill tree, but this will cost a certain amount of diamonds based on the number of skill points spent across all skill trees.

Warlord is the most passive skill tree as it focuses on increasing the strength of your heroes rather than the Sword Master. This skill tree is for those players who want to play the game without constantly clicking on enemies. Choosing this tree will allow players to increase the damage done by their heroes.

The Wizard is a skill tree that will be useful for active players. It focuses on improving the effects of skills while increasing the resources required to activate them. This skill tree is for players who want a certain amount of flexibility from the game and prefer to activate different effects depending on the situation, rather than just clicking on opponents to win. This skill tree is useful after completing another skill tree. In such a case, it will have the greatest impact on your game.

There are three branches in this skill tree: Bonus Skills, Damaging Skills, and Shadow Clone Skills. The first branch improves those skills that give you more rewards (for example, gold or fairies). The second branch focuses on increasing damage when using active skills. The last branch adds more effects when using the shadow clone ability.

This skill tree has three branches: Deadly Strike, summon daggers, and skip levels. The first branch adds effects to the Deadly Strike skill, which makes it possible to instantly kill a target regardless of its health. The second branch affects daggers flying around the screen; clicking on them will cause damage or other effects. The last (and most popular among players) branch in this tree allows the player to skip levels or even bosses in order to progress faster in the game.

All gold that you receive for defeating enemies or for any other actions, you will use exclusively to buy upgrades for your hero. The most common form of upgrades is leveling up a hero, which directly increases your damage per click, and therefore your damage per second. For this, you should spend most of the gold.

As you progress through the levels and unlock various skills and other hero upgrades, you will be able to spend significant amounts of gold to improve these skills directly, which will significantly increase the damage done by the hero. This will increase the damage done by far more than just leveling up your character. But these skills are very expensive and limited in level. Even though they will significantly improve your DPS in Tap Titans 2, most of your gold will still go towards leveling up.

Besides their passive skills, the characters are also important because their own damage will help you farm in the game when you are AFK. In other words, when you are not actively playing, your heroes will fight automatically, passively generating resources and experience for you. 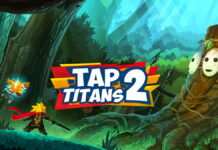 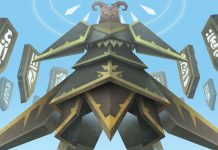