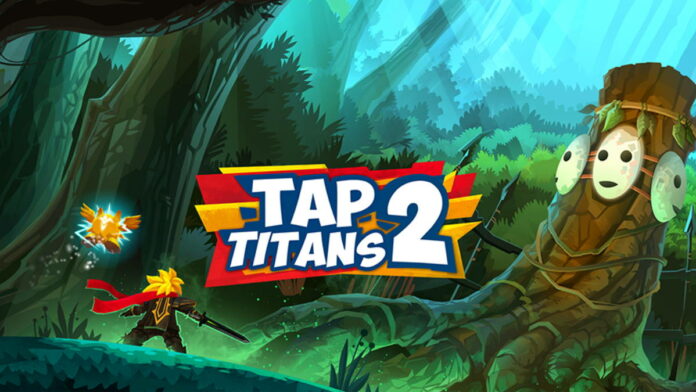 Take down monstrous titans in Tap Titan 2, an incremental idle clicker game where you and an army of heroes go toe-to-toe with towering titans across the lands. Battle it out with several different skills and skill trees, each with their own strengths and weaknesses.

There are a variety of ways to build your hero in Tap Titans 2, but today we’ll be looking at what we think some of the best builds are. These builds have gotten us through big chunks of the game, so we’ll pass some of that info to you in our Tap Titans 2 best builds guide!

As the name implies, this build is focused around the very first active skill you unlock, Heavenly Strike. The Sword Master jumps into the air and slams down with such ferocity that it cuts energy in half, dealing 100x tap damage. Upgrading Heavenly Strike will increase the damage multiplier to astronomical heights!

This build is great early on as it can get you through the tougher fights quickly per stage, but its power begins to drop off once you start hitting the stages that have way too many titans in them.

Next, you’re going to need lots of mana in order to pull off multiple Heavenly Strikes. A few points into Limit Break can up your mana cap to a maintainable amount, then go for lots of points into Mana Siphon to get all that mana back every time you tap.

Now, unleash the power of a super-powered Heavenly Strike to cut down all titans in your way. As we mentioned though, this build is ineffective on the stages with hordes of titans, as eventually the mana cost will catch up to you.

This build focuses on the little flying buddies that you can take with you into battle. Pets can be built up to deal crazy amounts of damage, and this is a great build to use early on as it’s relatively easy to put together.

You’ll be tapping a lot with this build because in order to trigger your pet’s skills and attacks, you need to attacking yourself, so tap damage skills will help out a lot. Knight’s Valor, Summon Inferno, and Barbaric Fury can help with these.

Active skills that boost your damage like Fire Sword and Deadly Strike can help with adding supplemental damage. Hand of Midas is also a good active skill to use since it pairs well with Heart of Midas.

Heart of Midas is going to help you earn a lot of gold throughout the game with his build, so make sure to upgrade it as you go. If you want to increase the gold even further, you can put some points into Master Thief in the rogue tree, which boosts gold from all sources.

This build focuses on using lots of heroes and your clan, which makes this build good for players who don’t actively want to tap away. This build is a favored build as it is versatile, granting great overall pushing power when needed and good sustained damage, and also because you only need to glance over at the game every couple minutes or so.

The main tree you’ll want to be looking at is the warlord tree. Master Commander is your first go-to skill, as it will increase hero and clan ship damage. The big damage in this build comes from Heroic Might, which greatly increases your heroes’ damage when War Cry is active.

Searing Light further increases War Cry’s damage, but a few points into it is enough – it’s more important to upgrade Heroic Might instead. Tactical Insight is a good skill as well, and it truly shines when you have your heroes leveled. Finally, Astral Awakening is a little mini game where you must tap the Astral Orb, and doing so will dramatically boost hero power.

Your heroes will be doing tons more damage now, so it’s time to focus on the clan ship. Aerial Assault will boost the clan ship’s damage and increases the splash count, letting some damage carry over. Coordinated Offensive will make it so that every minute or so a silhouette will appear on the clan ship.

Tapping the silhouette will make a clan mate join the battle. They’ll fight for you temporarily and boost your heroes’ damage while increasing the damage of the clan ship.

Once you unlock the active skill War Cry, this build can complete demolish enemies. If you’re stuck on a boss, just make sure to activate Coordinated Offensive and Astral Awakening for massive pushing power.

This build is all about double your DPS with the Shadow Clone active skill, which summons a shadow of yourself to rapidly attack enemies for a limited time.

To start this build off, you’ll want to grab all of the skills from the right column of the sorcerer tree. Phantom Vengeance increases your clone’s damage and how fast it attacks, Eternal Darkness makes the clone last longer, and Dimensional Shift will make all active skills last longer, including Shadow Clone.

Your clone benefits from hero buffing skills, so after you get those you’ll want to stop by the warlord tree and start upgrading Heroic Might and Tactical Insight. These two skills will greatly boost your clone’s damage.

This build’s effectiveness can be greatly enhanced through the right artifacts, so you may want to skip this build until you’ve gathered enough Shadow Clone buffing artifacts.

If you have another awesome build that isn’t listed here, please drop us a comment below with your build and skills, and why you think it’s a great build.