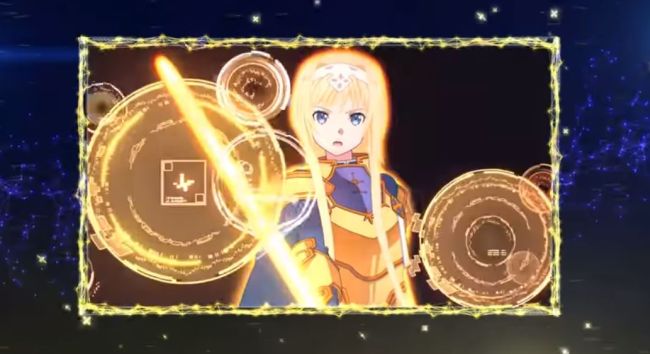 But before we get started, we have already created a basic SAOARS game guide, so make sure that you check that one first, because there are several tips and tricks which will make things easier (such as how to obtain your very first 4* heroes).

Now another thing worth mentioning is that in the late game, battles will be won most likely by having more powerful heroes, which have good skills and synergies, so make sure that you are linking the characters’ skills whenever you can – but more about that below! So without further ado, let’s dive right into the Sword Art Online Alicization Rising Steel battle guide!

This is something which you should do from the very start, because it will help you better understand the game. Basically as you progress through you will not really achieve much if you only use Auto and never battle manually. In the later stages of the game it will be much better to battle yourself since then you can do certain actions, such as Stay which will let you perform Assault Links easier.

So I definitely suggest that early on when you are still sure that you will win the battles versus the weak enemies, you practice and learn when and how to better use your skills more efficiently.

Sword Skills Types & What they Do:

– Assault (A Skill) – attacks enemy to deal a lot of damage

– Break (B Skill) – attacks enemy and lowers their Incarnation

Skill Link – What does it do and when to use it:

Skill Link can be performed when your character has a Charge, Break or Assault and once activated, the effect of the skills increases for these characters. To perform a Skill Link you need to check the timeline on the top side of the screen and line up your heroes accordingly.

You should ready your characters’ skills before creating the party so that you can have an easier time performing Skill Links. Don’t forget that there is also the Stay button or Rotation which will help you link up your characters and their skills much easier. Use these yourself because if you play on Auto mode, the Stay will not get activated, since the bot won’t know that so you need to do it yourself.

Incarnate Skill – What is it and how to activate it:

The Incarnate Skill is basically your characters’ ultimate skill, which will have to be charged up before being able to use it. It’s the most powerful attack that your heroes can perform, so I suggest that you always try to charge it up when battling end game / end stage bosses.

When you are using the Incarnate Skill you will be able to also knock back the enemy, which will decrease their turn by 1 (sent 1 place back on the timeline), and that will let you place more attacks on the enemy.

Switch Combination – How it works:

The Switch Combination is something that you’ve probably seen on the screen and were kinda confused as to what it does – well, here I will explain! Basically after a character uses their Incarnate Skill, all of the party members whose turn will follow up after (and come before the next enemy) will be able to attack together.

When you use Switch Combination, the characters who will attack will use their Sword Skill without using MP, so it’s super good to take down powerful enemies fast. When this happens, you will be able to select the Sword Skill that you want your heroes to use for free, so try to choose carefully. Once you’ve chosen the skills, the whole team will perform the Final Attack. So always make sure that you make the best choices and get the most out of the Incarnate Skill and Switch combo.

There are several ways in which you can make your characters more powerful, so let me go through all of them:

– Equip better gears: As mentioned in the game guide, once you have acquire the characters that you want on your team, you should go ahead and use your premium currency to gather better gears.

– Enhance the gears: Once you have acquire the gears you wanted, make sure that you enhance them and invest some of your resources into making them stronger. In my opinion it is not worth enhancing the starter gears, so save up on materials and enhance the good gears that you will get only. (the end game gears)

– Level up the characters: Your heroes will level up as you battle more enemies and gain EXP, but that applies only to the heroes which are currently on your team. If one hero is not on your team, then you can level it up by using EXP potions.

– Learn new skills: Your characters will also be able to unlock various new skills as they level up, so that’s going to make them more powerful. For this you will need to also gather various resources, so check out the requirements for each character and unlock / enhance their skills as they become available.

– Select a counter element to the enemy’s: Every hero will have an element, so you should always make sure that the heroes you use are of the element which will counter the enemy’s. The elements works like this:

Fire is strong against Wind, but weak against Water.

Wind is strong against Earth, but weak against Fire.

Earth is strong against Water, but weak against Wind.

Water is strong against Fire, but weak against Earth.

Holy and Dark counter each other.

This would be our SAO Alicization Rising Steel battle guide! Do you know some more useful tips and tricks to use during battles to win more battles? Make sure that you share them with us down in the comments section below!