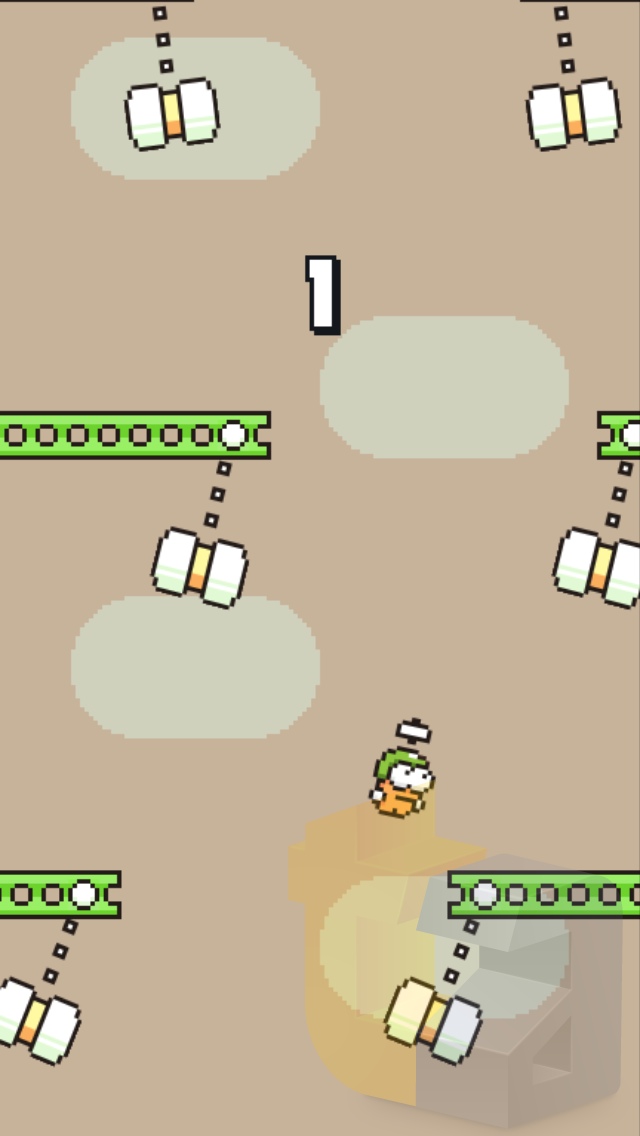 Only yesterday we have reported that Flappy Bird creator Dong Nguyen has been hard at work on another game called Swing Copters, which promises to be as addicting as Flappy Bird as if not even more. The game has been originally scheudled for a release next week but luckily fans will not have to wait much longer to play the new game, as it’s been confirmed that Swing Copters will be released later today on the App Store. If you have a New Zealand account, you can also download the game right now, as it’s been released a few hours ago on the NZ store.

Swing Copters will task players to go as high as possible on a swinging copter, avoiding traps in the process. The game doesn’t seem as punishing as Flappy Bird but there’s no real way to tell without playing the game.

One thing is for certain, though. If you have loved Flappy Bird and its retro style, you’ll definitely fall in love with Swing Copters since it features the same style.

Swing Copters will be released later today on the App Store. The game will be available as a free to play game supported by ads. It will be possible to remove all ads by paying $0.99.