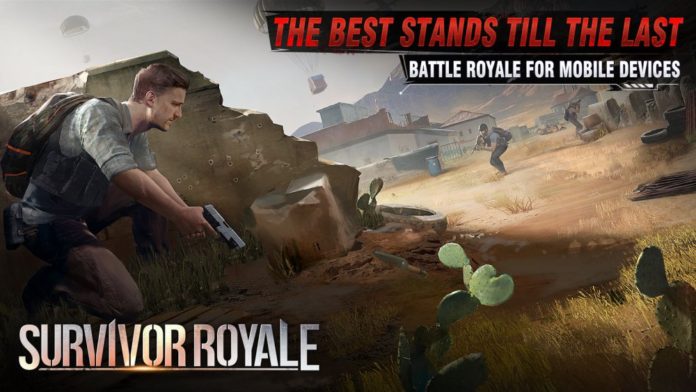 Survivor Royale is, as the name suggests, a battle royale game available for Android and iPhone – and a really popular one too. Similar to PlayerUnknown’s Battlegrounds on PC, this free to play adaptation pits you against up to 100 other players with one goal in mind: become the last one standing.

And this is a bit more difficult to achieve than it sounds because lag and internet connection problems are the norm in Survivor Royale. With overcrowded servers and huge pings, many players fail to perform because of these issues. But we’re here to help and share a complete guide on how to fix internet connection problems and lag in Survivor Royale, no matter what platform you’re playing on.

Before getting into the details, it’s worth noting that – just like is the case of Rules of Survival (another very similar game created by Netease Games), Survivor Royale is brand new. It usually takes a while for the game’s developers to optimize the servers, so after a few days the connection problems should be mostly solved.

But if it’s not just the server-side that is causing problems, it’s up for you to make things better. Here is what you can do to fix lag and connection problems in Survivor Royale:

Only Play on WiFi
This game requires a solid data connection, so playing on your cellular data might not be a good idea as that could cause a lot of lag and problems. Instead, only play the game when you have a solid WiFi connection and a high quality one too.

Switch Servers
The first thing you should do is that of joining a server that’s near your play zone. However, at the moment of writing this article, there is just a North American server and an Asian one. So many players are left out.

But simply choosing a server close to your location won’t guarantee better connection. I played on both Asia and NA servers and the latter worked better for me, even though I was playing from Europe. So it’s always worth trying to switch servers, even if you’re on the closest one

Probably the thing that matters here is how crowded a particular server is. So even though you’re playing from Asia, for example, if the Asian server is extremely crowded, you get better results from playing on another server. Just give it a try!

Tune down the visuals
One of the most important things that you can and should do is that of tuning down the visuals. This can be done after starting the game and joining a server, by going to the settings menu.

Once there, simply head over to the Graphics option and select the “Very low” one. The game will still look really good, but this could make it run a lot faster too! So make sure you start or switch to very low and work your way up to as much as your device/internet connection can handle.

Disable Voice and Microphone
Another thing that I recommend disabling from the settings menu is the voice option and microphone. It might be nice to be able to chat in real time with other human players, or at least listen to them talk, but the truth is that it can have a negative influence and result in Survivor Royale connection problems and lag. So mute it up (but don’t mute everything, as sounds are extremely important in the game!)

Reboot your device
Sometimes, going for the good old reboot is the only thing that you need to do. So give it a try and reboot your device, then log into the game. Most likely your RAM will be free and the number of apps running in the background, as well as extra garbage slowing you down will be gone.

Close all apps running in the background
If you have many apps that run in the background and use the internet, they could be the ones causing trouble in the game. So shut them down for the duration of the game. Go to apps like social networking apps (like Facebook), weather apps and your email.

These would be the things that you can do do speed up the game and get rid of that lag that keeps getting you killed. Remember that Survivor Royale demands a lot of resources in order to run, so older devices might be simply too weak to deliver a solid performance. But hopefully there will be tweaks in the future, making it easier to play on older devices too.

Don’t hesitate to let us know by commenting below if you manage to find other potential solutions to fixing the connection issues and lag in Survivor Royale for mobile. 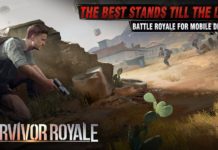