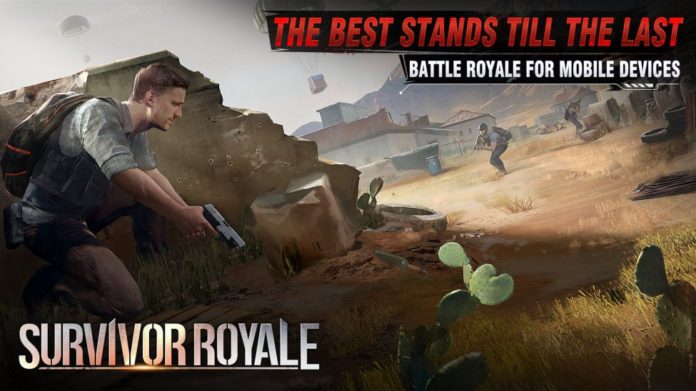 NetEase Games has launched a bunch of Battle Royale games recently, Survivor Royale being one of the most popular yet. And we’re here to help make that experience a lot more pleasant by sharing some Survivor Royale cheats and tips in a complete guide for beginners to help you survive longer and become the last man standing.

Survivor Royale pits you against up to 100 players in a world that keeps shrinking, with a single goal in mind: become the final survivor after outwitting and outplaying everybody else. If you watched Hunger Games or player PlayerUnknown’s Battlegrounds, then you already know what the game is all about.

But let’s not waste a single second now and let’s check out below some Survivor Royale tips and tricks to improve your game!

Make sure you have no lag problems
A poor internet connection and a high ping could will have a negative effect on your game. Therefore, try to minimize potential lag and connection problems by lowering your graphics quality, playing on WiFi only and choosing the correct server – the one closest to your locations.

We’ve written a complete guide on fixing the connection issues in Survivor Royale, make sure to check it out here.

Be the first to hit the ground
It is extremely important to be the first player of the group who lands, because this gives you the chance to collect some weapons before anybody else and give them a warm, lead-filled welcome when they land.

This doesn’t mean that you should jump out of the plane as soon as possible. Wait until you get above some buildings, because that’s where the loot is (you can use the minimap to see where you’re at).

Also, keep an eye on the numbers and see how many players have jumped already: if the numbers just go down, it means that somebody just jumped. Try to jump at least a couple of seconds after another player in order to gain some distance.

Once you’ve jumped out of the plane, you should use the controls to turn your character into a vertical position in order to get to the ground as fast as possible, as opposed to gliding slowly downwards. Open your parachute at the latest moment in order to waste as little time as possible or just let the AI do that for you and try to land as close as possible to a building.

If you do this right, you will be the first one to land, get inside the building, equip a weapon and take out everybody else who came even a few seconds after you. 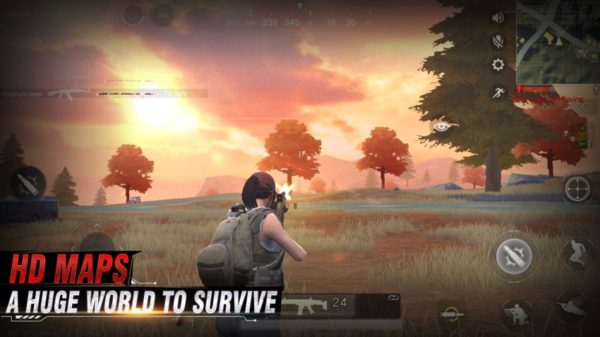 Know everything about your surroundings
One of the most important rules of survival is that of knowing everything that’s around you, at all times. Knowing where you are, what buildings are nearby and what hiding spots are there gives you the upper hand in battle, not only if you are waiting for your prey, but also if you’re on the move.

The minimap will always help, but try to remember everything yourself, so that you don’t lose precious seconds looking at the map in order to decide where to go next.

Keep on looting
It’s mostly based on luck what weapon you get your hands on first and chances are that it won’t be the best possible one. This is why it is extremely important to always look for better weapons and also equipment.

Don’t forget the equipment, especially the armor: the body armor decreases the damage you take from body shots, while a solid helmet decreases the amount of damage you get from headshots. Having good armor can make the difference in a 1 vs 1 encounter!

You should also be on the lookout for a better backpack because the better it is, the more items you can hold inside, including first aid kits and grenades. But I consider a solid weapon and armor to be the most important things to keep an eye out for.

Equip the best weapon in the game
Players have different styles when playing Survivor Royale and everybody might favor a different weapon. I personally believe that any rifle is better than anything else because it offers better damage, control and ammunition, plus a decent range of action. Therefore I think that it’s extremely important to switch to using a rifle as soon as possible, even for close encounters.

Don’t be afraid to use vehicles!
It’s true, vehicles are not that great because they’re large and they make a lot of noise, making it extremely easy for opponents to spot you. But they are also fast and sometimes that’s all you need in order to get to the next play area in time. So don’t shy away from using vehicles, but only do it if you must because chances of being discovered are huge. 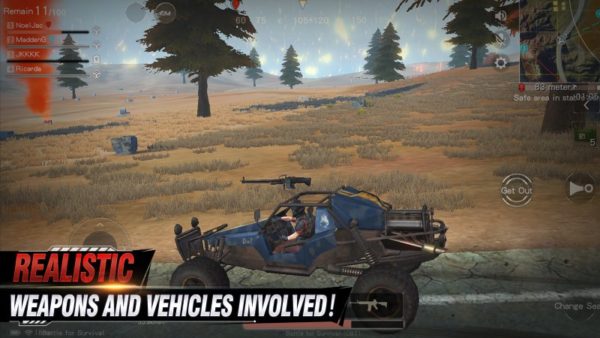 Find cover and strategic points
Nobody likes a camper and I am not saying that you should become one. But always running around like you’re chasing butterflies won’t help either!

Therefore, try to spend as much time as possible in a crouched position in order to avoid getting detected. When you find a solid spot that hides you (bushes are the best for this!), spend some time there, especially if you know that there are enemies nearby. High ground is also good, especially if it gives you the chance to target a window where other players will pop up. And so on – make sure you’re always looking for strategic points that give you the upper hand in battle.

Use headphones!
Sounds are extremely important in Survivor Royale and this is the reason why you should use headphones instead of muting the sound (which is a MASSIVE mistake) or playing without headphones. They will help you hear where the footsteps are coming from, where shots are being fired and so on. A huge advantage, in other words!

Use the doors to your advantage
Normally, you should do your best to keep the doors closed behind you, especially after entering a building. This means that other players will probably believe that there’s nobody inside and give you a better chance at taking them out. This also means that you can hear them when you enter – another important advantage.

When you leave a building, you have two options: either close the doors or leave them open. If you go for the latter option, this will probably make other players more cautious and even have them spend some time outside the building, trying to find a window or a different entry point. You could be waiting on high grounds and take them out easily if they do.

Alternatively, you can close the door after leaving and looting the building, especially if you plan to leave the area. Other players will lose valuable time exploring an empty building, hoping for some nice loot. Losing time in this game is also very bad, so another advantage for you.

These would be, for now, our tips and tricks for fellow Survivor Royale players. Do you have other strategies to share with us? Let us know by commenting below. 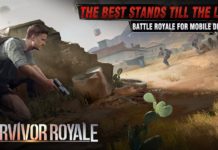 Survivor Royale Connection Problems & Lag: How to Fix Them