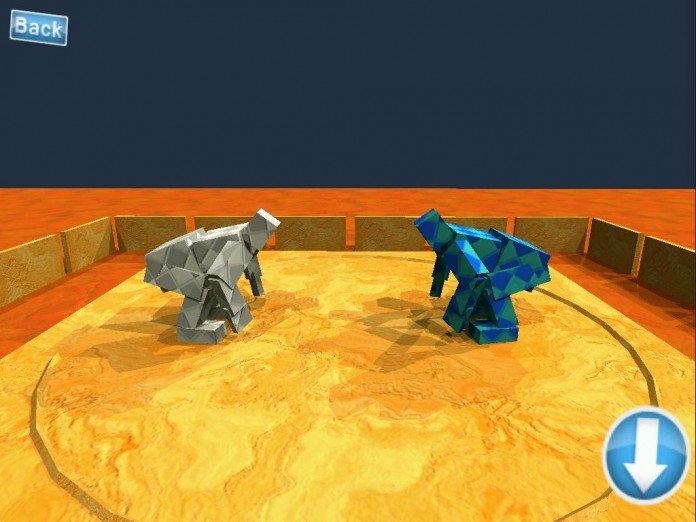 Sumotori Dreams is a name some gamers may have already heard somewhere, since the game has been available on PC for quite some time. The game developed by Gravity Sensation is a game often mentioned for its hilarous gameplay experience. If you have been enjoying the game on PC or want to give it a spin on the go, you will be happy to know that it’s now available for download on the App Store.

Sumotori Dreams, despite its simple premise, is a really fun game thanks to it simple yet effective controls and physics. By shoving your opponent, you’ll be treated with some really funny movements, with the dolls trying to stay upright by flinging their arms.

Being a Sumo game, your main task is to shove your opponent out of the ring. And it’s not an easy task at all, with the CPU controller opponent always trying his best to stay inside.

Unfortunately the mobile version of Sumotori Dreams is quite limited when compared to the PC release. The number of arenas is limited and there’s no way to use mods on this version. Still, the iOS version does have a split-screen multiplayer mode so you can play with a friend on the same device.

Sumotori Dreams is now available for purchase on the App Store for the price of $0.99.