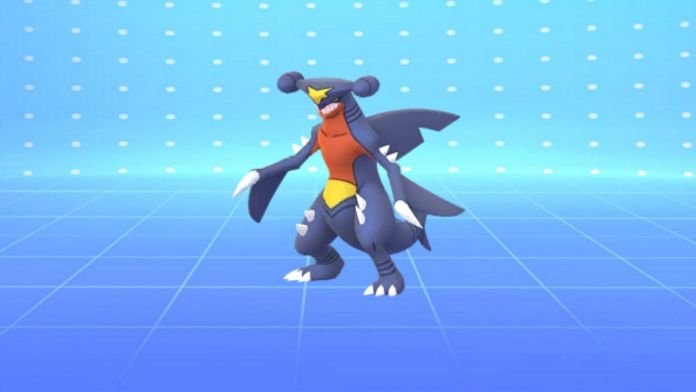 Due to Garchomp’s high base stats, it’s a terrifying monster on both offense and defense. If you’re going for a pure Dragon build, Dragon Tail and Outrage are its best quick and charge moves, respectively.

All Pokémon Go moves are measured in DPS, or damage per second. Weaker but faster moves tend to have higher DPS because of how frequently they can be used. Dragon Tail clocks in at 16 DPS, while Outrage is 33 DPS.

Since the meta often revolves around Dragon-type Pokémon, Dragon Tail and Outrage are the best moves for a Dragon killer Garchomp. It can take down targets like Mega Charizard X, Dragonite, Mega Ampharos, and other Dragon-types.

If you’re not after Dragon-type Pokémon, and you need a little more versatility, you can trade out one of Garchomp’s moves for his Ground-type moves. Garchomp can know Mud Shot for its quick move, and Earthquake for its charged move, which makes it great against Electric-type Pokémon.

Alternatively, Garchomp can also run Fire Blast as its charged move. Fire Blast requires a lot of energy to charge, so your overall DPS will go down, but if you’re up against Steel, Grass, or Ice types it may be worth looking into.

In most situations, Garchomp with Dragon Tail/Mud Shot as its quick move and Outrage/Earthquake as its charge move is usually the best moveset for it, as it pumps out the highest DPS. This is only assuming you don’t have to worry about types, though.

That concludes our best Garchomp moveset guide in Pokémon Go. If you have any other tips on how to build Garchomp, let us know in the comments below!