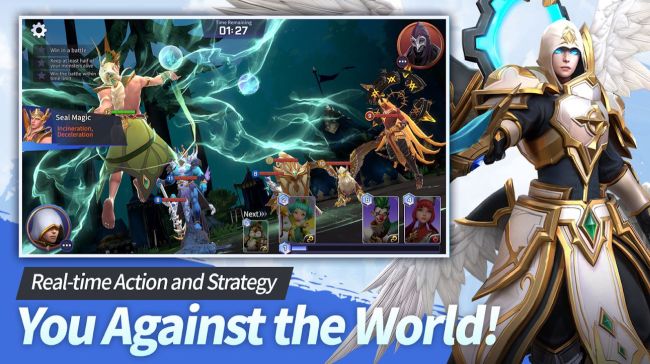 Do you want to learn who are the best characters in Summoners War: Lost Centuria? Then look no further, because today we’ll dive into a complete characters tier list so you will always have the best ones by your side in order to win every fight.

Having some of the top tier characters in the game might not seem like a big deal at the start, but the more you advance in the game, the tougher the battles become. When you are starting off, you want to set yourself up for success – therefore, make sure you check out our Summoners War: Lost Centuria reroll guide so you’ll know exactly which characters you should aim for.

These are the best units currently available in the game. They will carry you through each type of content, so if you got them, you’re set.

The following units are pretty good, since they are the second best in the game. Although they aren’t as good as the S-tier ones, they’ll do their job well enough to deserve a spot here.

The B tier units is what you might call the average units. They are not ideal for end-game battles, but will carry you through it under the right circumstances and if you’ve upgraded them enough. However, I’d suggest trying to get something better.

These units might seem okay at the start, but they are not going to be viable for a long time. The units that you’ll find under the C tier will quickly fall off, and become weak in comparison with the higher ranked ones.

Don’t bother with these units at all.

These are all the best characters in the game that make up our Summoners War: Lost Centuria tier list. Stay tuned because as soon as something changes, we’ll keep you updated!