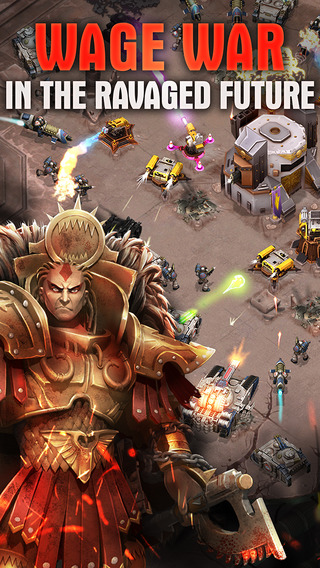 The Horus Heresy: Drop Assault is a new game developed by Complex Games which features the Clash Of Clans gameplay experience and mixes it with the Warhammer universe, which seems to be the perfect backdrop for strategy games.

The Horus Heresy: Drop Assault takes place during the Horus Heresy, a civil war that has happened in the Warhammer 4000 universe. Players will be able to play as a Loyalist or a Traitor, join a legion, build and manage their base, fight off attacks and more.

One feature that sets this game apart from countless other similar ones is its multiplayer mode. Players will be able to play against others all over the world in real time, allowing them to earn some nice rewards by winning. This live multiplayer mode is nothing revolutionary, but it’s quite hard to see it included in Clash of Clans like games so it’s a welcome feature indeed.

The Horus Heresy: Drop Assault is now available for download for free on the App Store. The game is the perfect title for fans of Clash of Clans and Warhammer 4000 so make sure to check it out if you fall in any or both of these two categories.