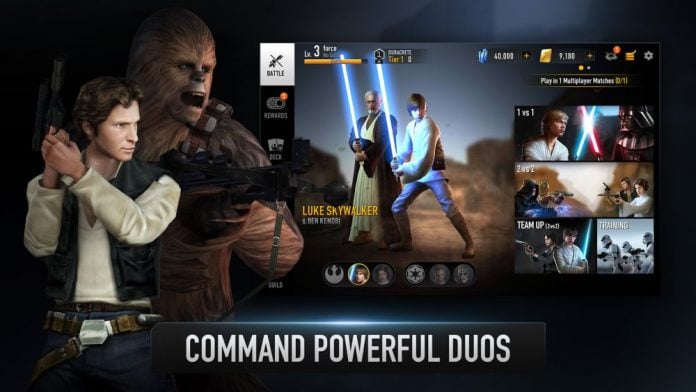 Star Wars: Force Arena is an extremely balanced game, with the leaders of both factions offering pros and cons. We have already talked about how to unlock all heroes in Star Wars Force Arena, but today we’re going to focus on another aspect: which are the best Leaders in the game?

Of course, choosing the best leader for your deck depends a lot on the cards that you have available and the leaders that you have unlocked. All leaders have an unique card that only they can play and they also influence the game. Based on my own experience, I can say from the beginning that Heroes that you have the Unique for are already a better choice than others.

But considering a perfect game where you have all the Uniques unlocked, all the cards at the same levels and all the Leaders unlocked, some should be better than others. Below I will list my favorite leaders for both the Rebels and the Empire. These are heroes that will make it easier for you to win your battles, in my opinion. So let’s get this started!

Han Solo is extremely easy to unlock – the first hero the you unlock, actually – and he’s an extremely useful Leader and one of the top choices for the rebels. His special skill – the Trip Mine – is an amazing asset. You can plant it anywhere on the battlefield and as soon as an enemy steps on it, it explodes, dealing 5 times Han Solo’s damage. That’s a massive blast that can be easily used on the lane you’re not attacking on in order to stop solitary snipers or attackers, or it can be used to strengthen your attack even further. He also has a passive skill that every now and then gives him double damage when shooting.

Han Solo’s unique unit, Chewbacca, is also an amazing one. With a ton of health, once summoned it taunts enemies and draws all incoming fire, being perfect as a shield for low health/high damage units. A great combo for a great leader in the game – one of my favorites! 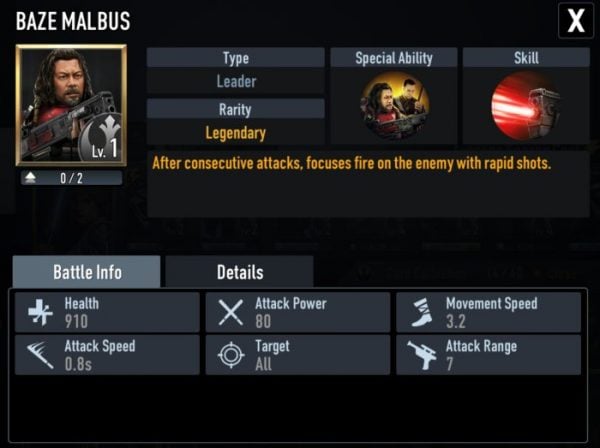 Also one of my favorites is Baze – and that’s based a bit on the fact that I loved his character and especially Chirrut in Rogue One. Despite personal preferences, he’s an amazing leaders: has a quick attack speed, decent power and health and his attack speed increases even more when Chirrut – his special unit – is on the battlefield. His special skill can be very useful: the shoots 3 explosive shots dealing area of effect damage – so his skill is great at taking out groups of enemies. 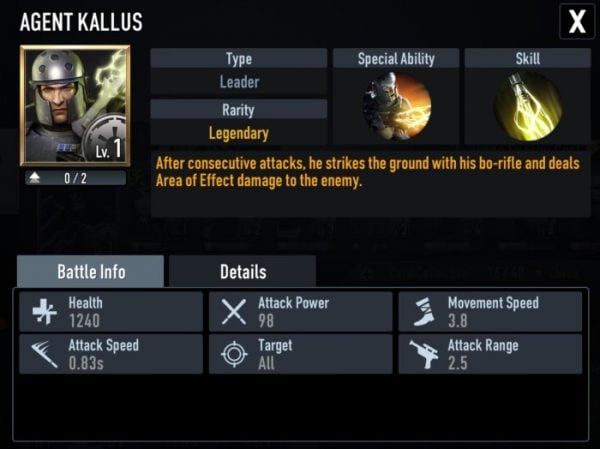 My favorite Empire leader is Kallus who is an Area of Effect beast that deals quick, solid damage, despite the lower range. His health is good as well, but his special ability is really top notch as he gets a 10% boost of damage against enemy troops. His special skill is the cherry on top: the does Area of Effect damage that’s 250% of his base damage and also stuns all nearby enemies for 1.5 seconds. And that might not seem much, but in a battle in can make a difference!

His unique unit, Yogar Lyste isn’t the best unique in the game, but at least he’s cheap and offers an increase in Attack Speed to all allies. Keep him protected by a heavy unit, though, as he tends to die quickly in battle because of his low health. 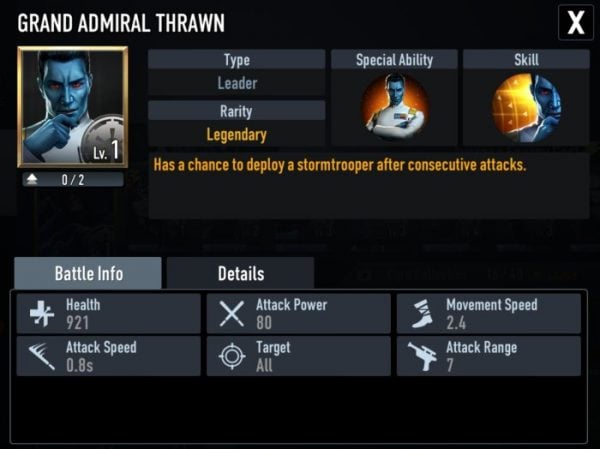 It’s a tough battle between him and Grand Moff Tarking which is also an amazing leader. But this time, I decided to choose Thrawn: he randomly summons a Stormtrooper during battles after consecutive attacks, his Attack Power increases every 5 seconds up to 50% more (so do keep him alive for as long as possible!), while his skill is useful as well when you have multiple troops deployed as it increases their attack and movement speed by 40%.

His unique unit, Governor Pryce, has one main advantage: it keeps giving extra energy every now and then. However, she has really, really low health so do your best to protect her in battle in order to get the most out of her, which is the energy bonus.

So these would be my choices for the best Leaders in Star Wars Force Arena. I am sure that other leaders can prove to be extremely useful in battles and, as I said in the intro, other things should be considered (like cards, level of the Leaders and so on), but I still think that my choices are simply amazing.

Which are your favorite Heroes in the game and how do you play them in order to get the most out of them? Let us know by sharing your thoughts in the comment section below! 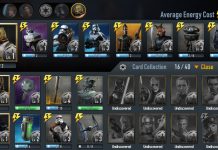 Star Wars Force Arena: How to Get More Cards to Build the Perfect Deck 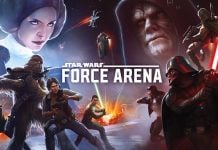 Star Wars Force Arena: How to Unlock All Heroes / Leaders 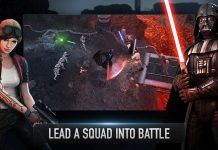