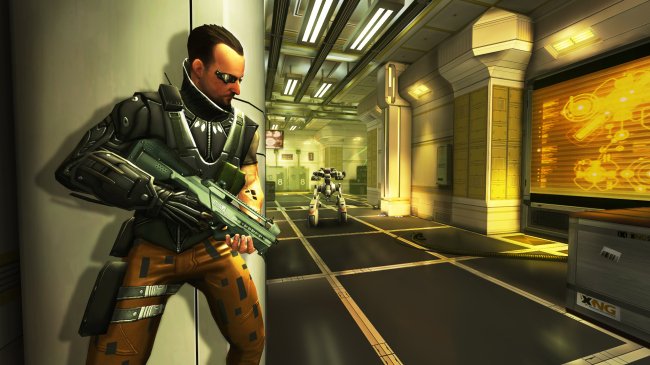 We recently told you about the measures Square Enix took for their iOS game Deus Ex: The Fall to slam potential pirates, but we’re putting it short in case you haven’t read the article yet:the developers made weapons useless, as in “you can’t shoot,” on all jailbroken devices, making it basically impossible for the gamers to actually play the game.

The measure was an interesting one and clearly one to stop piracy, but since the iTunes description of the game said nothing about this measure, it kind of backfired and had people using jailbroken iPhones who actually purchased the game for its whole 7 bucks unable to play. And obviously, these gamers weren’t happy.

Fortunately, Square Enix kept a close eye on the situation and decided to change things and remove their anti piracy measure from Deus Ex: The Fall. Speaking with Eurogamer, a Square Enix representative said:

“We have not been clear in our communication earlier this week when we launched Deus Ex: The Fall. We did not state clearly that the game would not support jailbroken devices and so we will be switching this off via an update, so that all the supported iOS devices will be able to play the game in the near future.”

“We feel it’s the right thing to do in this situation and apologise for any inconvenience this may have caused. No customer should be out of pocket when we were not clear from the start, so we’ll get the game updated as soon as possible so that everyone who wants to play Deus Ex: The Fall can do regardless of whether their device is jailbroken or not.”

It is, clearly, the right thing to do under the circumstances, but I am sure that in the future more and more developers will try to fight piracy with similar methods… and now they know that they simply have to write in the description “does not work on jailbroken devices”. The future looks at least awkward now…

However, if you can play the game, I suggest taking a look at our Deus Ex: The Fall tips, they will surely help you improve your game!