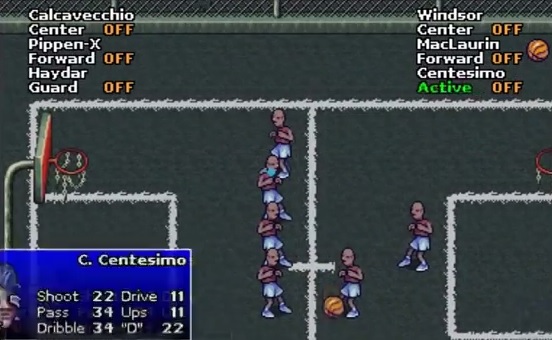 Today is really a good day for role playing game fans who are looking for some games that twist the formula in some interesting ways. Earlier today we have talked about the turn based role playing game Fearless Fantasy, but that wasn’t the only RPG news coming in today.

Developer Tales of Game’s Studio has confirmed that a Barkley 2 spin-off game is currently in development. The game, called BBall Tactics, is a tactical role playing game where gamers will have to play, and win, a basketball game with role playing games’ rules.

The gameplay experience of BBall Tactics seems to be deep enough to keep role playing games enthusiasts engaged for a long time. During each turn you will be deciding the actions of all the three players of your team. After each action, they will obtain Job Points, which can be used to improve the six different stats. BBall Tactics will also come with some online modes that will put your team to the test. This mode alone could carry the game quite far.

BBall Tactics will be released as a stand alone game later this Summer on the App Store. We’ll keep you updated on the game as soon as more comes in on it so stay tuned for all the latest updates.