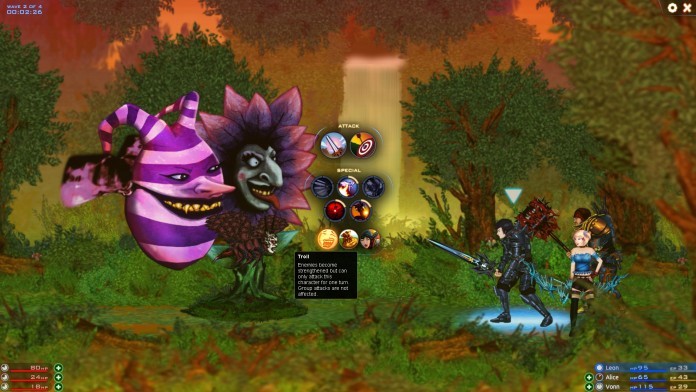 Developer Enter Skies has confirmed that its role playing game Fearless Fantasy is going to be released on iOS later this Summer. The game has been confirmed for PC a while back and the iOS release was only being considered at the time.

Fearless Fantasy it’s a really unique role playing game featuring interesting character and monster designs and a turn based battle system. The battle system comes with gesture-based actions that make it perfect for touch screens and add yet another unique feature.

Fearless Fantasy tells the story of a bounty hunter named Leon. The man will find himself fighting a King’s pet beast in order to save a girl from an arranged marriage. It’s pretty clear from this that Fearless Fantasy will take the usual tropes of the fantasy genre and spin them in some unique ways. And it couldn’t have been any other way, considering the unique art style used in the game.

Fearless Fantasy is going to be released on the App Store. With the PC version now out, the team is currently focusing on the mobile version so more news on the game and a release date should be coming soon.