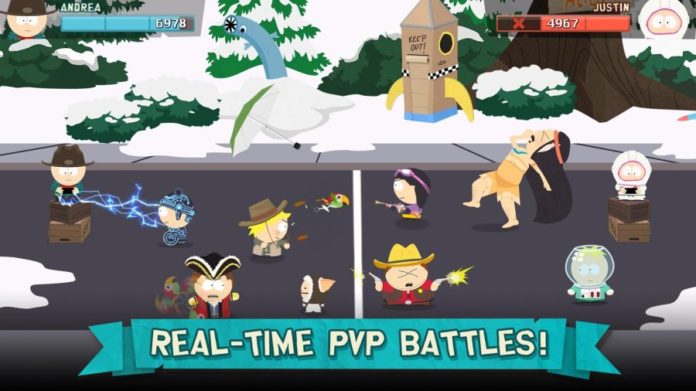 Winning the South Park Phone Destroyer PvP battles is not as easy as cruising through the single player campaign. We have already shared some basic battle tips in our tips and tricks article for the game, but it’s time to get a bit more in depth with this.

So in today’s article, we’re only going to talk strategy. The best strategies for South Park Phone Destroyer PvP battles so that you can win all the battles, climb up the ranks and unlock better and better cards & rewards. It won’t be easy, but it sure is helpful especially if you’re just starting to play the game.

More advanced players might know these tips we’re sharing here, but even them shouldn’t ignore the article as you never know what extra stuff you can learn. These being said, let’s check out below some South Park Phone Destroyer strategies for winning PvP battles easily!

1. Let your opponent make the first move
This is extremely important, with more and more people being aware of it. I had a game in which I waited 1 whole minuted before deploying my first card, thinking that the opponent is AWOL. He or she wasn’t and immediately countered my card.

Although I don’t recommend going that hard in the game (it is a game after all and it’s meant to be fun) it doesn’t hurt to wait a little bit and allow your opponent make the first move: not only that you will be able to deploy one or more great cards to counter theirs, but if they get into your half and close enough to your Hero/Kid, they’ll get even more damage their way.

2. Learn the Pros and Cons of your cards
…and if possible have at least an idea about what other cards can do, so that you know how to deal with them

However, knowing the strengths and weaknesses of your cards makes it easier to come up with a winning strategy and allows you to send the right ones at the right time in battle. And this is what wins you duels!

For example, a few of the golden rules are: always have a tank/high health unit up front, always keep the high ranged units at the back in order to give them as much protection as possible, always have an assassin ready to go from behind the lines into the strong, single enemies and so on.

You will learn more and more as you play and you will see that some strategies work better than others and for some cards it’s better to launch them as close to the left side as possible in order for them to fill up their special move and get as strong as possible.

3. Don’t climb up the ranks too fast 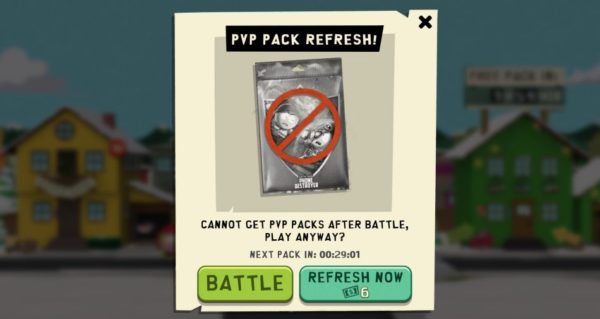 This might sound like the worst possible advice, but it’s not. And even though it’s not directly related to PvP battles, you’ll see that you’ll do a lot better if you don’t rush up through the ranks, winning everything you can.

The reason why you shouldn’t do this is that you can rank up but not down. Unless this gets fixed with a future update, it means that you can end up in a high rank, surrounded by enemies that have better cards and decks simply because they’ve been playing for longer or spending real money on the game. Either way, you won’t be able to win anymore.

So even though you are at a higher rank, with better options in terms of cards to unlock from the PvP packs, you won’t be able to get them because you won’t win. So take your time especially early on and only play for the win when the PvP packs are available. Slow and steady wins the race!

Even more, you get the chance to better your deck with the free packs available every 4 hours. As you go up the ranks, the rewards in these packs will be more varied, meaning that you will find it a bit more difficult to get enough cards and resources for upgrading, which will leave you behind even further. So be patient for a while – it will definitely pay off in the long run, making you stronger in PvP battles!

4. Upgrade your cards
Even without leveling them up, upgraded cards do a lot better than non upgraded ones. It might seem like a waste of money to get just one or a few points per each upgrade, but these add up in the end. So spend your regular coins on these upgrades and always apply them to the cards you like the most / use the most in battle.

5. Stay close to maximum level for a while
It seems that PvP matchmaking is made not only based on ranks, but also on your level. Therefore, trying to stay for as long as possible just behind getting that new level will give you an advantage over most people simply because you will have the better cards.

This also gives you the chance to gather some resources before leveling up, so that once you get to that new level, you won’t be the weak one facing players from your new level. Start upgrading your cards again and get close to leveling up again. Rinse and repeat.

I also believe that there’s a hidden matchmaking rating in the game: whenever I go on a losing spree of 3-4 games (intentionally or not), I seem to get easier opponents. Keep this in mind if you need to bag an extra win for that PvP pack!

6. Don’t ignore the common cards!
The common cards are not as impressive as the rarer ones, they they are… well… common. This means that it’s a lot easier to find duplicates, level them up and actually turn them into really good ones. So don’t be afraid about wasting resources on the common cards: choose 2 or 3 that are your favorites and upgrade them as much as possible as chances are you’ll use them for a long time.

7. Ranged behind Tanks
This is one of the most common strategies and it is so because it works. And it is just as it sounds: deploy a tank and a bit behind them, deploy a ranged unit. Perfect team, it will give your opponent quite some trouble because it’s pretty difficult to counter.

8. Perfect your strategy for one deck first
If you’re just starting to play the game, try to make the most out of the basic cards and don’t go for any advanced strategies yet. Perfect your game, learn how to play it and get better by playing the single player campaign missions. Always learn new combos to use, new counters to use and keep upgrading your cards.

Only after you are advanced you should start working on a second deck. Until then, keep perfecting the one you have, getting rid of the elements you don’t really use and bringing in better cards that will help you more in battle. And most importantly: learn from what your opponents are doing and steal their strategies – there’s no shame in that!

These would be the strategies that we use in battle when fighting other players in South Park Phone Destroyer. What other strategies and tactics work for you? Share them with us in the comment section below!