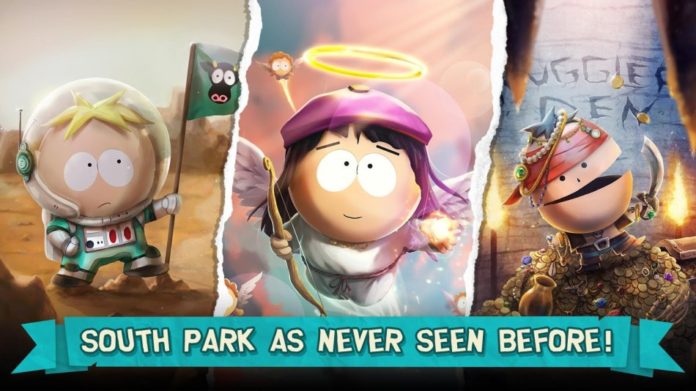 We’re here to share with you some South Park: Phone Destroyer cheats, tips and tricks to help you get the most out of the just-launched mobile game and get better without spending any money. Because, yes, you can do that!

South Park: Phone Destroyer has been launched on mobile as a free to play title mixing strategy, RPG and deck building elements with the beloved characters from the franchise. Although not completely original in terms of gameplay and concept, the game is extremely enjoyable and addictive.

Right now, the PvP part of the game seems to be a bit sluggish and with connection problems, but until that’s fixed by the developers, we have time to prepare with our complete strategy guide: South Park Phone Destroyer tips and tricks!

It’s all about upgrading the right cards
I held onto my resources, knowing that bigger and better cards will be eventually unlocked and hoping that I’ll get an advantage playing with those. I no longer think that’s a good strategy, because you need to strengthen up your team early on.

However, instead of leveling up and spending those valuable resources on upgrading all the recommended cards, focus on upgrading those you love and you’re sure you’ll play for a long time. Take a tank, take a big damage dealer and a ranged unit and max these out for starters. You’ll definitely use at least one of each in your deck, so there’s no risk to waste resources.

Basically, it’s all about planning early on: what cards will you be using in the long run? Most likely, you will use the rarer cards so start with those. But do upgrade early on in order to get an advantage in the single player missions and PvP battles

Buy those resources early on
Although you will receive your fair share of upgrade materials from completing battles, you also get the chance to spend your PvP tickets on getting some more. My suggestion is to do so early in the game because you need strength in order to be competitive. Once you get a decent deck, you can start thinking about hoarding tickets and purchasing cards and more expensive stuff.

Always claim your freebies!
This is extremely important, because you will get a bunch of cards and goodies for free in South Park: Phone Destroyer. So make sure you come back to the game every 4 hours in order to collect your freebies. Even more, keep an eye on special events and make sure you perform as good as possible in order to get the most freebies possible.

Different decks for different purposes
I believe that you should have two different (although not completely different) decks for PvP battles and campaign missions respectively. There are cards that are more useful for PvP that single player.

For example, Mimsy comes to mind: he’s expensive and pretty useless in single player missions, but he can give a lot of headaches to opponents in Player-versus-Player battles. There are other examples too, cards that are much more useful for PvP or campaign. Keep testing and see what others are playing an always tweak your deck!

Keep the deck costs low
Since we’re talking about building your deck, this is also something you want to keep in mind: keep the costs as low as possible, while still strong. You need to find the right balance between expensive and cheap cards and have something for any possible occasion. There’s no point in bringing only 4 and above cards into battle because you’ll eventually get outnumbered and lose.

Watch ads to unlock extra lockers
Every now and then, you will get the chance to watch ads in order to unlock extra lockers in the game. Be smart about that because South Park: Phone Destroyer doesn’t always give you this chance. In other words, only use the option if it’s available when you still haven’t gotten one of the three premium rewards. This way, you increase your chances of actually getting really high quality items. 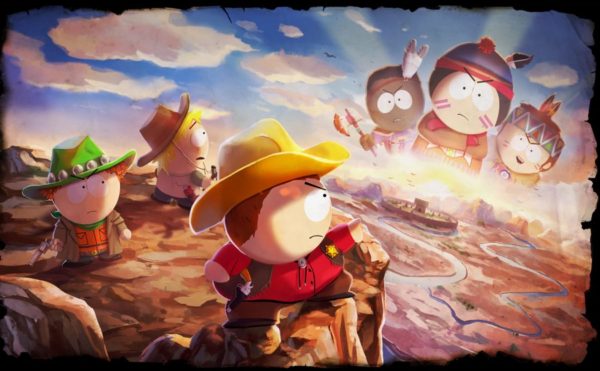 Lose PvP battles
The higher you rank in the arena, the better the potential rewards you get from unlocking the PvP Packs. However, the higher your rank, the more difficult it is to win because your opponents will be more skilled.

Therefore, you can cheat the system a little bit and intentionally lose a few battles when things get too difficult in order to be paired with weaker players and have more chances at actually winning the fight!

How to win all battles in South Park: Phone Destroyer

Although we’ll have an article dedicated to this, here are some tips and tricks to start with and help give you the upper hand in all battles, especially PvP ones since those are the most challenging:

– It’s better to let your opponent take the first move. This way, you will be able to send into battle a card that will easily counter theirs and get the upper hand in battle

– Know your cards – their strengths, weaknesses and special abilities – and always use them at the right time, countering the ones already on the battlefield.

– Play cards at the back as sometimes it’s better to let your opponent get close enough in order for your hero to cause some damage as well. Then, launch an offensive while the opponent waits for his energy bars to refill

– Always look at what your opponents are doing well, what cards are giving you more trouble and what strategies work best. Learn from your mistakes and turn them into future victories!

UPDATE: Our article with more detailed tips for winning PVP battles is now published. Make sure you check it out here.

These would be, for now, our South Park: Phone Destroyer tips and tricks. Make sure to check back here on Touch Tap Play often as we’ll publish more guides for the game.

If you have other strategies that work or advice for fellow players, don’t hesitate to share with us in the comment section below.