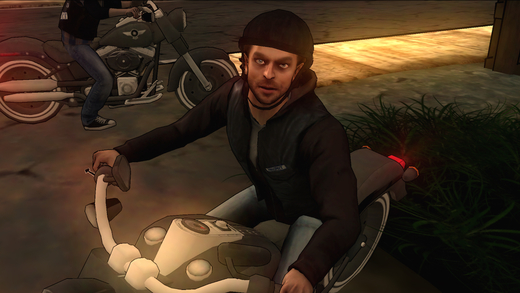 Earlier this month, we have reported that the popular TV Show Sons of Anarchy was going to receive a new adventure game on iOS called Sons of Anarchy: The Prospect. We can now confirm that the first Episode of the game is available for purchase on the App Store.

Sons of Anarchy: The Prospect looks a lot like the more recent Telltale games based on popular TV shows and series such as The Walking Dead and the Game Of Thrones adventure games, with an original story set in the same world as the main series, a cartoonish art style and more.

Sons of Anarchy: The Prospect is set in Lincoln, Oregon and stars Clint Lancet from the local chapter. The game is played from a first person view mode, where players will be deciding what to do as well as playing through some mini-games. Some known faces from the TV show will also make an appearance in the game.