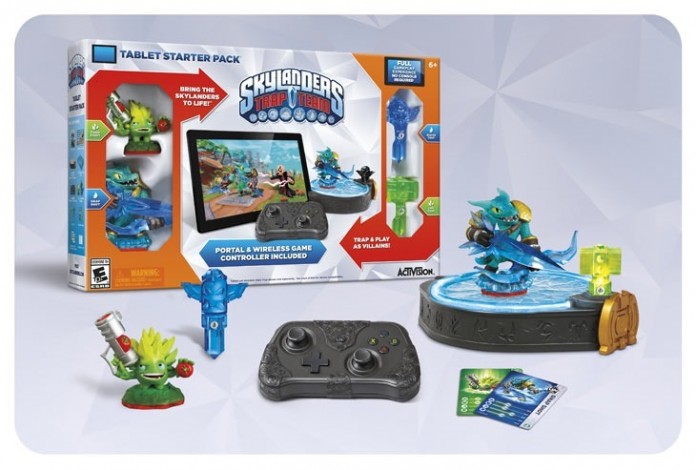 The Skylanders series is definitely one of the more successful new franchises launched in recent years. The series is also widely known for its unique features, which allow gamers to use real life figurines as characters in the games.

iOS devices have received some spin-off titles in recent times, like Skylanders Battlegrounds, but no mainline entry has ever been released for iPhone and iPad. This however is going to change soon, as Activision has confirmed that Skylanders Trap Team, the new main entry of the series is going to be released on iPad in October.

The main Skylanders Trap Team app is also going to be free. However it will be useless by itself, since gamers will have to purchase the Traptanium Portal base, which is connected to the iPad via Bluetooth. The started pack is also going to include two characters so it will be possible to jump straight into the game after purchasing the pack.

The starter pack is also going to include a controller, which is only going to be compatible with Skylanders Trap Team. This will allow gamers to play the game with more comfortable controls.

Skylanders Trap Team will be released later this October on the App Store alongside the other versions of the game.