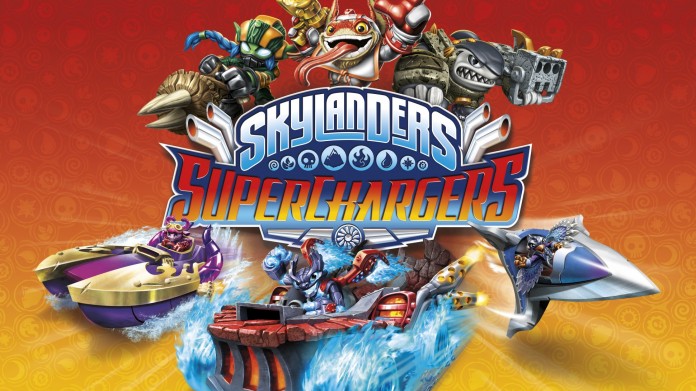 Skylanders, Disney Infinity, Lego Dimensions and PlayMation are part of the new gaming revolution that has started over the last few years. Gamers buy a game and then go, purchase more product, usually product that is multi-dimensional (providing game-play and real life entertainment) to carry on the product. This craze has create a divide between those who love and absolutely oppose the idea. Regardless, Skylanders: SuperChargers is another sequel in a line of these mult-dimensional games.

Skylanders: SuperChargers is a lot of game in one. The toy to life aspect as as a part, but so does the RPG elements, combined with racing game-play, action-adventure and finally, a platformer with puzzle elements. Developer Vicarious Visions does not hide behind the toy to life element but do their best to build reasons for you to go out, making several purchases. While those who oppose the idea, especially for its financial reasons, you do have to applaud the ability to continuously add fresh content.

For those who are largely unfamiliar with the plot to Skylanders, unfortunately, there isn’t much to renew interest to people who want to jump in. You take the role of Kaos, as he and several other skylanders do their best to bring an allotment of friends back to the Skylands. The world’s creation feels in the vein of something like a Disney world but with elements of lore like Harry Potter and Lord of the Rings mixed in.

The biggest stand out issue for Skylanders: SuperChargers is the visual struggle. Honestly, the game is not bad looking, boosting crisp blues, strong yellows and vibrant character models. You will find better looking character designs and world structures, but for something that continuously changes, Skylanders works alone. Unfortunately, the frame rate consistently buckles. Fight sequences will shutter, with texture tear that can take you out of the moment. Thankfully, the cut scenes look quite great, with borderline movie quality sequences.

Controls use the popular, left hand free float movement and right hand action button. Left hand movement is not as precise as it should be but is no where near the struggle of the right hand. The right hand has several buttons (anywhere from four to six) and can be a bit of a struggle accurately timing these when doing actions, especially in fight sequences. Thankfully you can never fall off edges, or else this game would have been multiple respawns over and over.

Driving dynamics are fun. Your vehicle is designed with multiple options, like speed variations, weapons, and charge button. However, the vehicle movement can be a bit finicky with the first few attempts leading you into a wall a time or two. It isn’t anything annoying or even game breaking, but worth noting regardless.

As for the toy to life version, the iOS game doesn’t necessarily have that but plenty of pay walls. The game begins with you picking one of three paid characters (you only get one) and one of three vehicles (again, only one). Thankfully, the character and vehicle are well designed, fun to use and can get through the levels without much hassle.

All that being said, Skylanders: SuperChargers was made with a child’s spirit. The imagination is here, with large worlds of diversity with cute characters that kids will adore. That being said, even from an adult stand point, the game can be fun, even if the controls are a bit wonky and the pay wall is a bit of a hindrance.

You can download the game from the App Store here 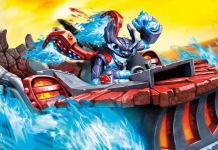