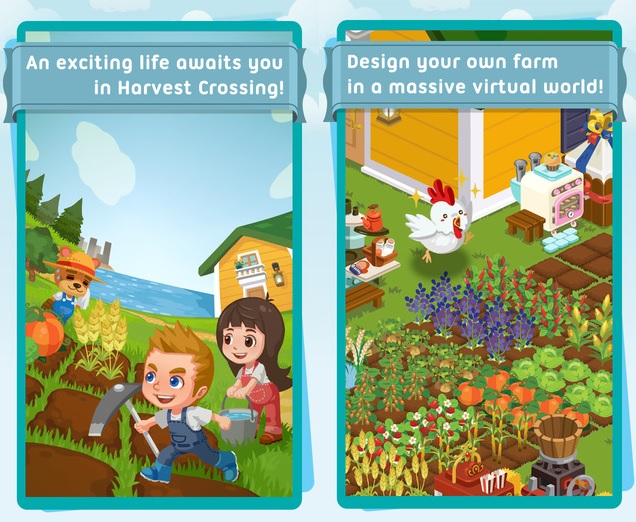 Harvest Crossing is a game that doesn’t really try to hide its main influences. The simulation game developed by PocketzWorld draws heavily from two successful simulation series, Harvest Moon and Animal Crossing, bringing a similar experience to the App Store.

The game has been soft-launched today on the Canadian App Store, allowing those with a Canadian account to play the game.

Harvest Crossing is a free to play simulation game where players will be able to build a farm, make friends with the community, explore a vast virtual world and even go shopping for new clothes, all elements taken from Harvest Moon games. Harvest Crossing also features a Park, animal villagers and more, which have been obviously lifted straight from Animal Crossing.

This isn’t the first time that a mobile developer tries to recreate a console gameplay experience on iOS, with the Pokémon inspired Micromon being one of the more recent examples. However it looks like that the team went a bit too far with Harvest Crossing, lifting gameplay elements straight from its influences without trying to do anything really different. The game is still in soft-launch phase, though, so some things may change when the game effectively launches on the App Store in all regions.

Harvest Crossing is now available for download on the Canadian App Store.