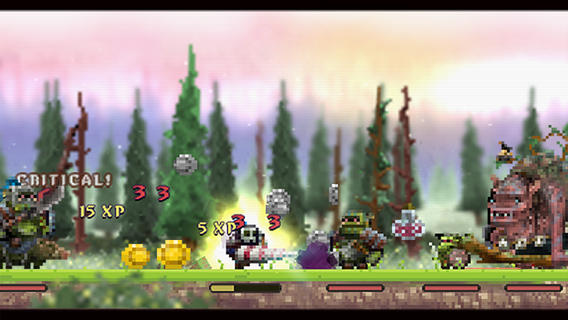 Loot Hero is a sidescrolling role playing described by developer Daniel Hjelm a grindfest. Not too surprising, considering the game’s name. In Loot Hero players will have to defeat a fearsome dragon who is destroying the land with an army of evil creatures. And you will be the one to defeat all these creatures to get at the dragon and defeat it as well.

The game is played in a straight line, with players deciding the direction with a simple tap. You will be running into enemies, defeat them and gain loot, which can be used to enhance your stats. One interesting touch is that your character’s appearance will change after each upgrade.

The most powerful enemies will require you to go back and grind. Once you’re powerful enough and have defeated the dragon, you will be able to continue playing at a higher difficulty level.

Loot Hero is now available for download on the App Store. The game can be purchased for 99 cents.