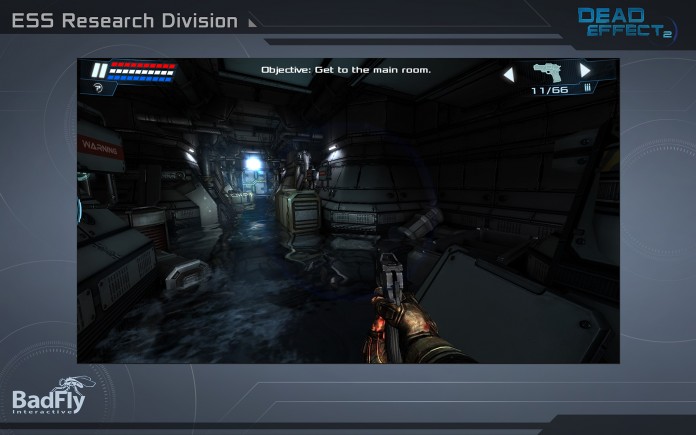 Earlier this Summer we have reported that the interesting shooter game developed by Badfly Interactive called Dead Effect 2 was going to be released during September on the App Store. The game unfortunately didn’t become available last month but we have learned today that it will be released very soon on the App Store.

BadFly Interactive has confirmed today that Dead Effect 2 will be released on the App Store on October 22nd in all regions. The game promises to be much better than its predecessor so get ready for some zombie and cyborg killing action if you have enjoyed the original Dead Effect.

Dead Effect 2 is the sequel to the original Dead Effect, taking place into the future just like it. The game’s main setting is the ESS Meridian, which is infested not only by zombies but also by some other less than peaceful creatures such as Cyborgs, drones and several other different enemy types that players will obviously have to dispose of using a variety of weapons such as obligatory guns, blades and other long range type ones.

Dead Effect 2 launches on the App Store on October 22nd in all regions. We will let you know if anything changes as soon as possible so stay tuned for all the latest news.