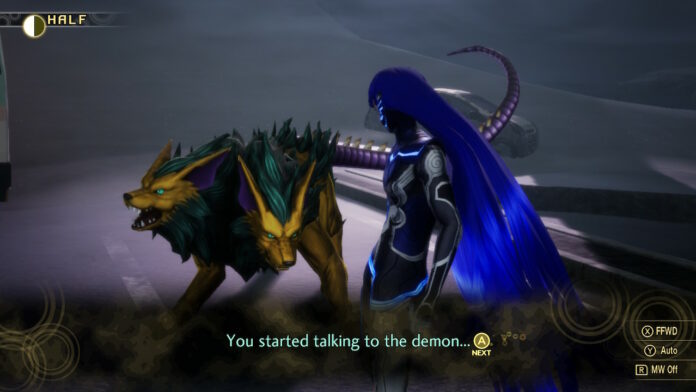 While the Nahobino is an exceptionally powerful being, there is no way he can survive the hell that is Da’at in Shin Megami Tensei V without the help of other demons.

These demons, however, will not be awed by the Nahobino’s presence alone and will need some convincing to join his party.

Here’s how to recruit demons without resorting to Demon Fusion.

How to Recruit Demons in Shin Megami Tensei V

To start talking with demons, the only thing you have to do is choose the Talk option during the Nahobino’s turn, and then select the demon you want to talk with. Some demons, like the Mitama demons, will not talk with you under any circumstance, as they cannot be recruited, but every other demon will, with the exception of demons that take part in Abscess battles and bosses.

Once you start talking with the demon, you will have to respond properly to open them to the idea of joining your party. Dialogues and answers to pick vary greatly, so you will need to provide the answers you feel like the demon will like. Sometimes, they will ask to compare stats, and if yours are higher, they will join your party without having to pick correct answers.

After a demon shows appreciation for your answers, it will ask for Macca, items, or a chunk of HP or MP. Always try to oblige if you can, as refusing them may make them flee the battle. After they are truly satisfied, they will join your party, but only if their level is the same or lower than the Nahobino. In case it is higher, you will be able to recruit them automatically once you level up and talk with them again.